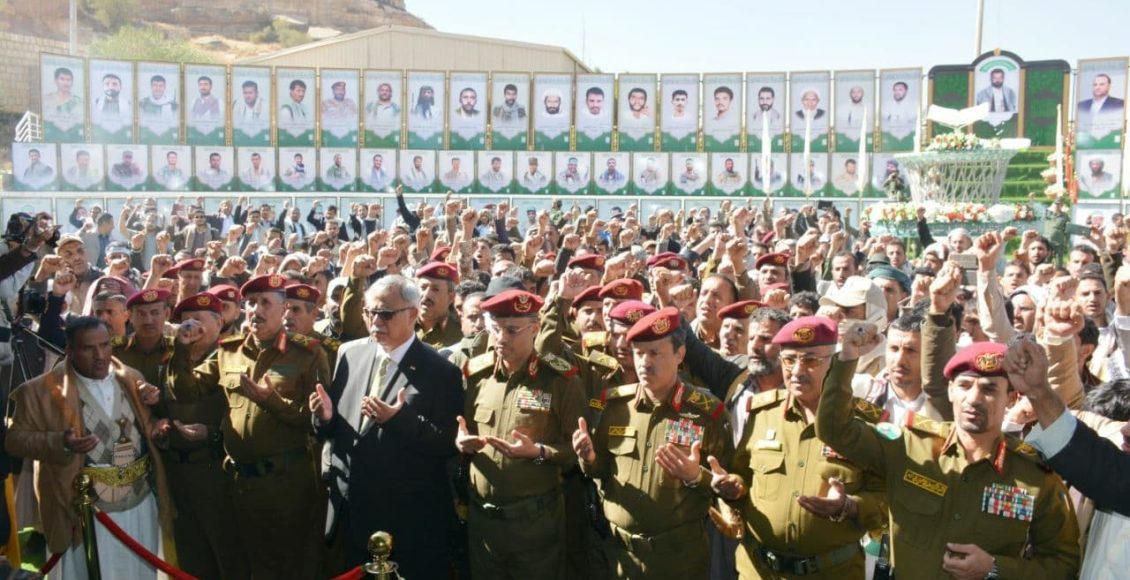 President of the Supreme Political Council, Mahdi Al-Mashat, inaugurated on Monday in Sana’a the Leaders Martyrs’ Exhibition, coinciding with the martyr’s anniversary 1443 AH.

President Al-Mashat and his companions toured the exhibition pavilions, praising the level of organization and arrangement of the exhibition, which highlights the sacrifices of the martyrs in defending the homeland, its sovereignty and independence.

They pointed to the importance of commemorating the martyr’s anniversary in a manner that befits the stature of these heroes, thanks to whom victories were achieved on various fronts.