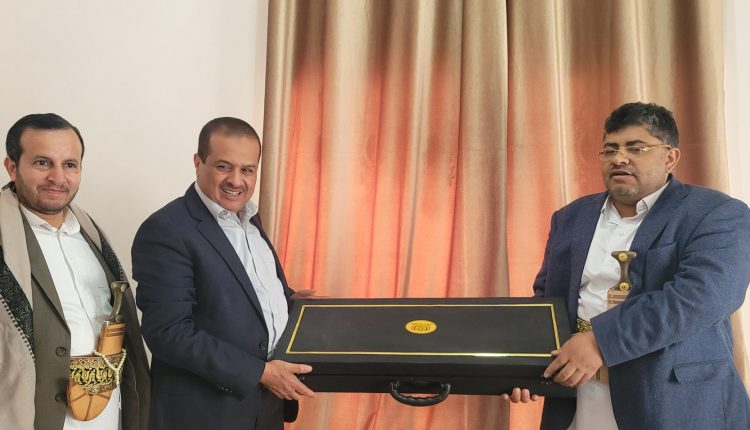 Mohammad Ali al-Houthi, member of the Supreme Political Council, was on Monday gifted a Kalashnikov assault rifle produced domestically in Yemen by the Board of Military Industry.

In a social media message, Mohammed al-Houthi thanked the military industry for the gift.

The weapon that was designed and created in Yemen is similar to the AK-103 assault rifle.

The AK-103 is an advanced assault rifle designed by Russian arms designer Mikhail Kalashnikov in 1994, as a new version of the famous and iconic AK-47.

A series of Saudi airstrikes target the Yemeni capital Sana’a