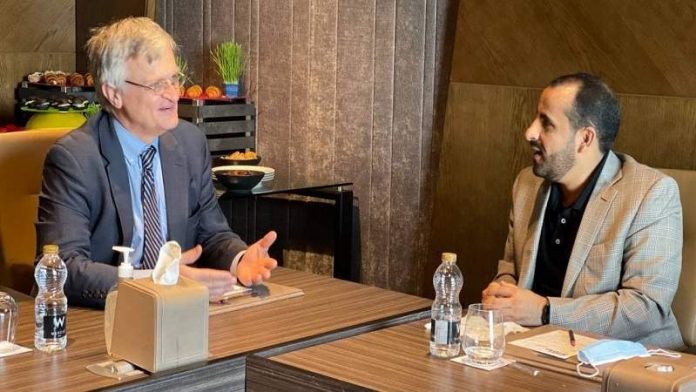 Head of the National Delegation meets Sweden’s envoy to Yemen

The humanitarian and political situation on the Yemeni arena and the repeated air strikes on Sana’a Airport and Yemeni cities were discussed with the Swedish envoy for Yemen Peter Semneby, the head of the National Delegation Mohamed Abdulsalam said on Wednesday.

Abdulsalam added that the meeting with the Swedish envoy also discussed the course of the Stockholm Agreement and related issues.

The US-Saudi aggression launched on Monday a series of raids on Sana’a International Airport, causing great damage to the airport facilities, which made it out of readiness.

Saudi Arabia, backed by the US and other key Western powers, launched the war on Yemen in March 2015, with the goal of bringing Hadi’s government back to power and crushing Ansarullah.

Having failed to reach its professed goals, the war has left hundreds of thousands of Yemenis dead and displaced millions more. It has also destroyed Yemen’s infrastructure and spread famine and infectious diseases there.