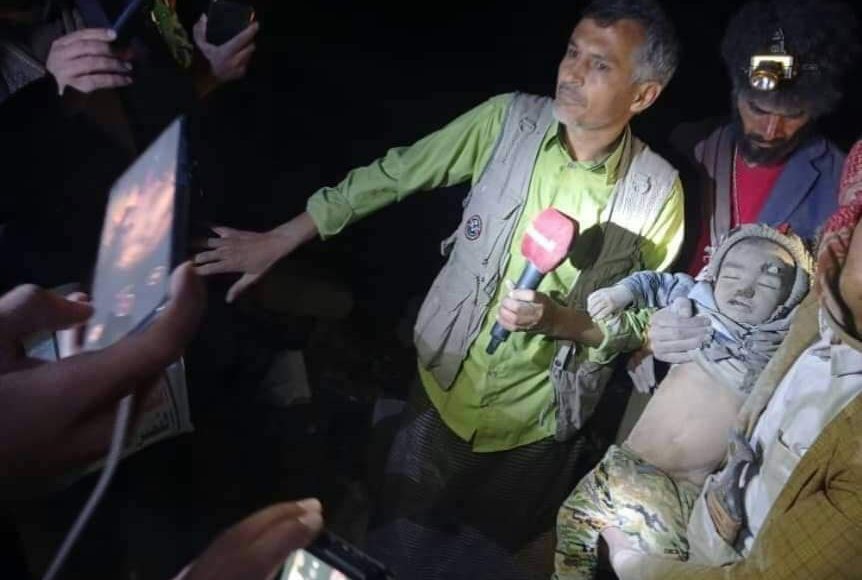 Three civilians, a woman and her child included, were killed and six others were injured, as a result of the US-Saudi aggression raids on Al-Mahweet province last Friday night, a security official said.

The official stated that the aggression launched 3 raids on the building guarded by the Construction Department of the Telecommunications Corporation in the province, killing three civilians and injuring six others, including children and women.

Head of the National Delegation meets Sweden’s envoy to Yemen