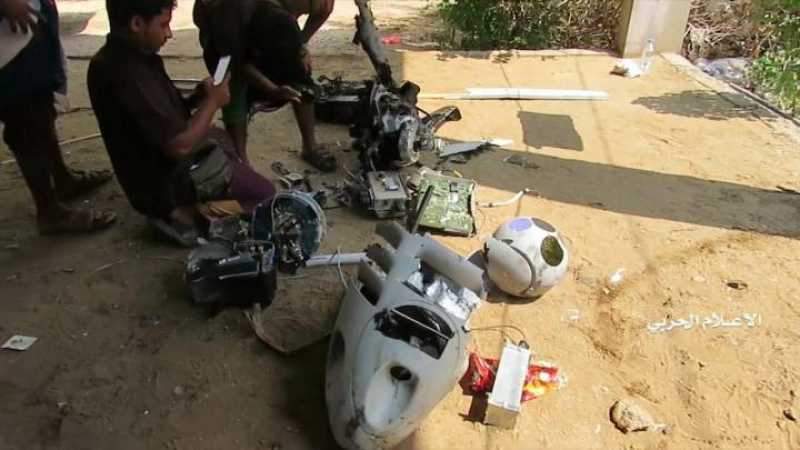 The air defenses of the army and the popular committees shot down a US-made “Scan Eagle” reconnaissance UAV in the airspace of Al-Jawf Governorate.

“Thanks to Allah, our air defenses were able to shoot down an American-made (Scan Eagle) spy plane, with a suitable weapon, while it was carrying out hostile actions yesterday evening, Friday, in the airspace of the Al-Yatama area in Khub Wa Sha’af district, Al-Jawf Governorate,” the Armed Forces spokesman, Brigadier General Yahya Saree, said.

On December 16, the air defenses managed to shoot down a “Scan Eagle” espionage drone in the airspace in Marib governorate.

On December 13, the armed forces announced that they had shot down a “CH4” spy plane belonging to the Saudi Air Force using a Yemeni-made surface-to-air missile in Shabwa governorate.