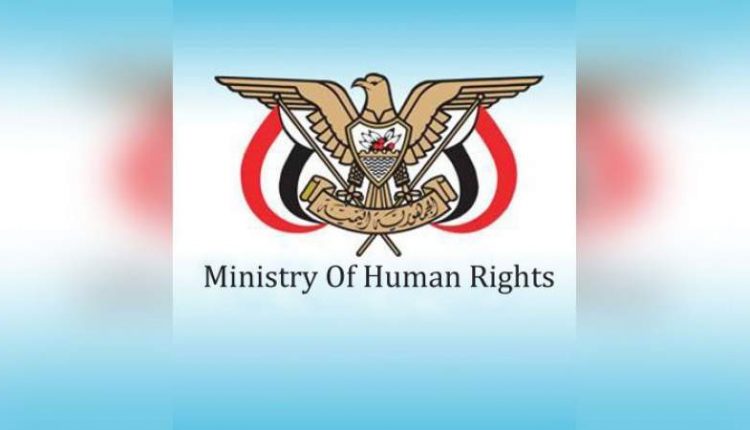 It indicated that this crime resulted in the injury of nearly 20 civilians in a preliminary statistic according to the Ministry of Health, in addition to the damage and burning of a number of citizens’ cars in the neighborhood, and damage to the Al-Alia Hospital building and City Scan Health Center.

The Ministry of Human Rights indicated that these “immoral” strikes are one of the crimes of the countries of aggression, which escalated every day in light of international, Islamic and Arab silence.

The statement denounced the failure of the United Nations and its organizations operating in Yemen to stop the coalition countries’ violations of the rules and principles of international humanitarian law, and their neglect of the rules and provisions of criminal law that may help the perpetrators of these crimes escape impunity.

The US-Saudi warplanes staged a new round of airstrikes against Yemen’s capital as the aggression intensified its attacks on the country.

Claiming it only hits “legitimate” military targets, Riyadh has been targeting the city’s infrastructure, including bridges and a prison.

On Wednesday evening, the aggression warplanes launched at least three raids targeting Al-Sabeen residential area and a raid that directly targeted Al-Sabaeen Bridge. The raids caused damage to homes of citizens and to Al-Sabaeen Maternity and Childhood Hospital.

The raids caused a panic among the patients as a result of the aggression’s targeting of Al-Sabeen residential neighborhood. The raids also targeted the surroundings of a prison, which led to the destruction of some prison facilities and led to a state of great panic among the prisoners.

On Monday, the US-Saudi aggression launched a series of raids on Sana’a International Airport, causing great damage to the airport facilities, which made it out of readiness.

Leading several of its allies, Saudi Arabia launched a war against Yemen in March 2015. The war has been seeking to restore power in Yemen to the country’s former Riyadh-allied officials.

Last month, a United Nations Development Programme report said the war would have claimed 377,000 lives by the end of the year through both direct and indirect impacts.

US Lawmakers Call On President Biden To End Blockade On Yemen