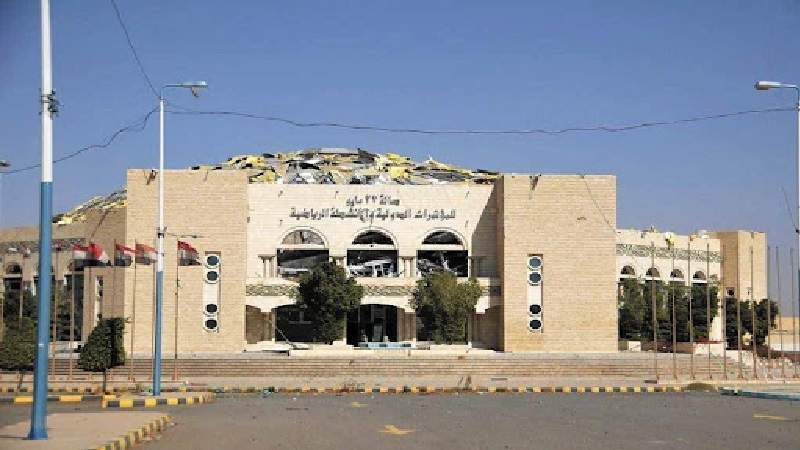 “All the sports facilities that were targeted did not have any weapons or military equipment,” the statement read, indicating that this has been proven since the beginning of the war in March 2015 until today.

“Yemeni sports have lost a lot of sports facilities, rather, the most important facilities, including stadiums and closed halls. Athletes have been deprived of them from practicing their activities,” the Yemeni Olympic Committee confirmed, indicating that these facilities required many years and large funds to establish, and it is not easy to compensate them.

The committee and the sports federations renewed their appeal to all those concerned to intervene quickly to stop targeting the remaining sports facilities so that the youth and athletes of Yemen do not find themselves without stadiums to practice their sports activities in.

“We hope that this appeal will find the interest of all sports institutions, and everyone concerned with sports affairs,” it added.

The Coalition claimed on Thursday that there are weapons in the Al-Thawra Sports Complex, which is home turf for the Yemeni national football team.

The Ministry of Youth and Sports categorically denied the Coalition allegations, accusing the forces of aggression of fabricating flimsy pretexts and illusory justifications for bombing civilian sports facilities.

The Ministry indicated that the Coalition efforts to target Al-Thawra Sports Complex coincided with the preparations to receive and honor the junior team that won the West Asian Football Championship, in an attempt to confiscate the joy of the Yemeni people following the victory of the national team over the Saudi team.

Leading several of its allies, Coalition launched a war against Yemen in March 2015. The war has been seeking to restore power in Yemen to the country’s former Riyadh-allied officials.

Last month, a United Nations Development Programme report said the war would have claimed 377,000 lives by the end of the year through both direct and indirect impacts.

Earlier on Thursday, the Coalition carried out scores of airstrikes against Yemeni provinces, targeting civilians and damaging a number of citizens’ homes.