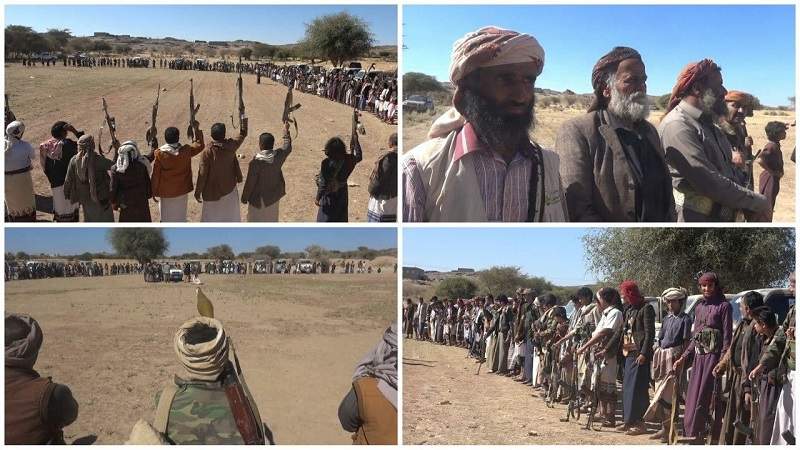 Marib tribes express their readiness to support the army, popular committees, against the US-Saudi aggression

An extensive meeting was held for the tribes of Al-Abdiyah District in Marib province, Thursday, to confirm supporting the Yemeni Armed Forces against the US-Saudi aggression.

During the meeting, Governor of Marib, Major General Ali Taiman, confirmed in his speech: that the people of Abdiya proved to everyone that they would only be on the side of the nation and with their people against the invaders and occupiers.

Director of the Abdiya district, Sheikh Ahmed Al Thabeti, pointed out that the people of Abdiya united their ranks, and they will be at the forefront of the ranks with the Army and the Popular Committees to confront the brutal aggression.

In turn, Sheikh Abdullah Nakir addressed the deceived people of Abdiyah, saying: We say to the deceived who want to return to their homes, there is no objection to that, but we will not allow Abdiyah to be a battlefield again.

At the end of their meeting, they issued a statement denouncing the escalation of the US-Saudi aggression against Yemen, stressing their loyalty to the leader of the revolution, Sayyed Abdulmalik Al-Houthi

Saudi raid targets a hospital in Sana’a, and the hospital leadership denounces