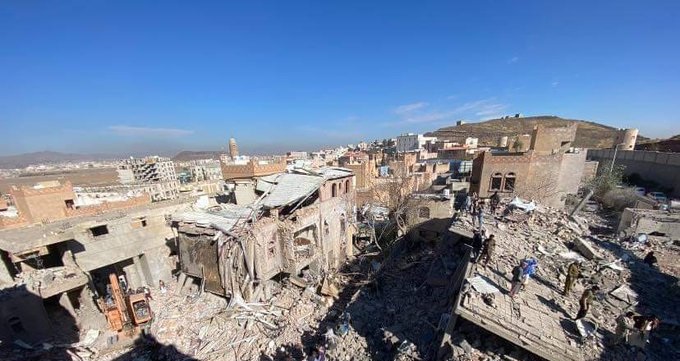 At least 14 civilians including women and children were killed and 11 others wounded as a result of airstrikes launched by Saudi-Emirate coalition warplanes that targeted residential neighborhoods in the capital Sana’a, a security official said.

The official explained that the Coalition Saudi-Emirate aircrafts bombed a citizen’s house in the Libyan neighborhood of the capital Sana’a on Monday evening, killing 12 and wounding 11 others.

This toll is not final, as the search is still continuing for survivors under the rubble of the bombed house, the official added.

He noted that the Coalition Saudi-Emirate’s raids totally destroyed five houses and damaged dozens of nearby houses in the civilian residential neighborhood.