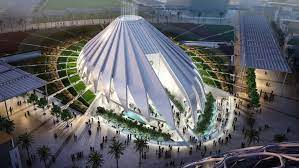 The Yemeni armed forces’ spokesman has warned that with the United Arab Emirates’ involvement in the devastating Saudi-led war going on, the Emirates’ popular Expo 2020 might be the next target amid the wave of Yemeni retaliatory attacks against the Persian Gulf country.

In a Tuesday Twitter post, which incorporated #expo as its only hashtag, Brigadier General Yahya Saree wrote, “With us, you might suffer damages…we advise you to change your destination.”

According to Press TV, observers have widely interpreted the post as a warning message addressed to both Abu Dhabi and the foreign participants in the UAE-based event.

In an earlier post, he had likewise cautioned foreign investors against setting up businesses in the UAE given the most recent “atrocities of the Saudi-American-Emirati” coalition, which has been waging a war on Yemen since 2015.

Enjoying complete arms, logistical, and political backing from the United States, Saudi Arabia led many of its allies, chief among them the UAE, in the years-long invasion. The war has been seeking to change Yemen’s ruling structure in favor of its former Riyadh-friendly officials.

The military campaign has killed tens of thousands of Yemenis and turned the entire Yemen into the scene of the world’s worst humanitarian crisis.

The Yemeni forces that feature the country’s army and its allied fighters from the Popular Committees have, however, vowed not to lay down their arms until the country’s complete liberation from the scourge of the Saudi invasion.

Most recently, the joint forces carried out two operations codenamed the “Yemen Storm 1” and “Yemen Storm 2,” which saw them striking targets deep inside Dubai and Abu Dhabi over the past week.