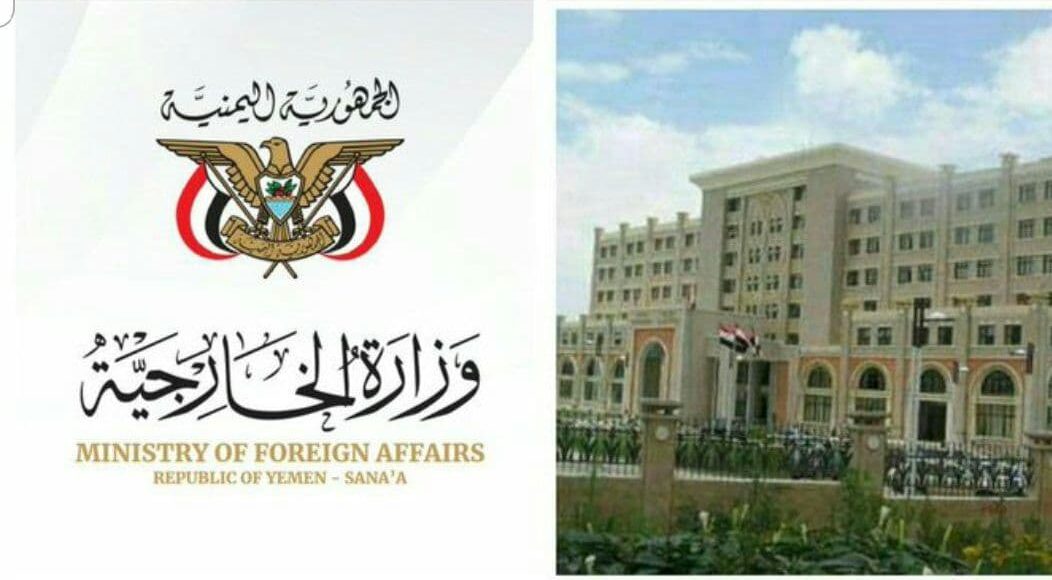 The Ministry of Foreign Affairs on Saturday expressed gratitude to the free and honorable people of the world for their solidarity and honorable stances towards the suffering of the Yemeni people and their support to Yemenis.

In a statement received by the Yemeni News Agency (Saba), the Ministry of Foreign Affairs considered the solidarity and support of the free people of the world for the Yemeni people has strengthened their steadfastness and belief in the sovereignty of the principles of freedom and humanity, despite the tendency of criminality and brutality practiced by international hostile forces and their local and regional tools.

The statement stressed that the aggression crimes will not go unpunished, pointing to the Yemenis’ adherence to their innate and legitimate right to protect themselves and defend the sovereignty and independence of their country.

“Any negative condemnations are considered too small to undermine the legitimate right of Yemenis to self-defense,” the ministry said, considering those condemnations “irresponsible positions” that only represent an incentive that exacerbates the suffering and aches of the Yemeni people.