Article: International complicity in crimes against humanity in Yemen

In response to the escalation of the US-Saudi-Emirati aggression, the armed forces, with Allah’s help, carried out the first, second and third military operation, under the name “Yemen’s Hurricane”, which first targeted a number of important and sensitive Emirati sites and installations in the UAE state, and the second targeted sensitive areas in the entity of the Emirati and Saudi enemy, according to what was announced by Brigadier General Yahya Saree, who confirmed that more operations will follow in the coming period if they don’t end their aggression on Yemen.

The Yemeni armed forces will not hesitate to target the depth of the UAE, and that the qualitative targeting inside the depth of the countries of aggression will continue and escalate, as long as the aggression continues in its siege and its criminal series of killing and destruction against Yemen and its people.

This was confirmed by the head of the Yemeni national negotiating delegation, Mohammed Abdulsalam: “As long as the aggression continues against us, we will continue to respond, and this is a defensive and legitimate position, adding that if the UAE decides not to be targeted, it should not target others, and only then when the enemy stops attacking our country, our operations will stop.”

The world’s response to attacking the UAE:

The world immediately took serious positions after the success of Yemen’s Hurricane operations, and condemnations poured in from all directions. This includes the entity of the Israeli enemy, which showed great fear and concern about those attacks that targeted their puppets. In addition, the American National Security Adviser, “Jake Sullivan” expressed his strong condemnation of the attack, and said that Washington would cooperate with the Emiratis and with its international partners, and that “cooperation” was quick after American forces entered Shelters during the targeting of Abu Dhabi.

The Security Council is governed by American interests:

In this context, the head of the Yemeni national negotiating delegation, Mohammed Abdulsalam, stressed that the Security Council is governed by American interests, and that the latest statement did not bring anything new. He noted that the League of Arab States has become an office affiliated with the Saudi Embassy in Egypt.

It can be said that all those idiots forgot that the criminal missiles of the coalition of aggression during the past seven years have harvested every city, village, neighborhood and house in Yemen. Without a doubt, they amount to war crimes and crimes against humanity whose perpetrators will inevitably be held accountable, even if it takes time.

With just hours after the widespread condemnations and the statement issued by the UN Security Council calling on the Government of Sana’a, the army and the popular committees to stop the attacks on the forces of the coalition of aggression, “the state of the UAE and Saudi Arabia”, the Saudi-Emirati response came by committing more brutal massacres in many Yemeni governorates, which left hundreds of people killed and wounded. The targeting was carried out on the reserve prison in the city of Saada, the communications building and some residential neighborhoods in the city of Hodeidah.

In the eyes of the world, and in light of the silence of most of the countries and the United Nations, and hours after committing a new massacre in Hodeidah that killed mostly children, the aggressive coalition jets committed again another massacre targeting the reserve prison in the city of Saada, where the number of inmates there is staggering. A number of victims remained under the ruins of the prison until they were pulled out, resulting in killing 91 civilians and injuring 236 others, as announced by the Ministry of Health.

Introducing the victim as guilty!!:

For over seven-year, the Saudi-UAE aggressors are still taking the same path, where thousands of massacres and brutal crimes have been committed, and thousands of civilians killed and wounded by their airstrikes on Yemen. However, all of these crimes passed with an absolute and shameful silence of the United Nations and the UN Security Council. They did not move a finger, and it was worse than that if their mission was to present the victim as the executioner, and the executioner and the aggressor as a defender of himself! It is not surprising that this is the strategy of the Security Council towards the aggression against Yemen: “presenting the victim as the executioner.” 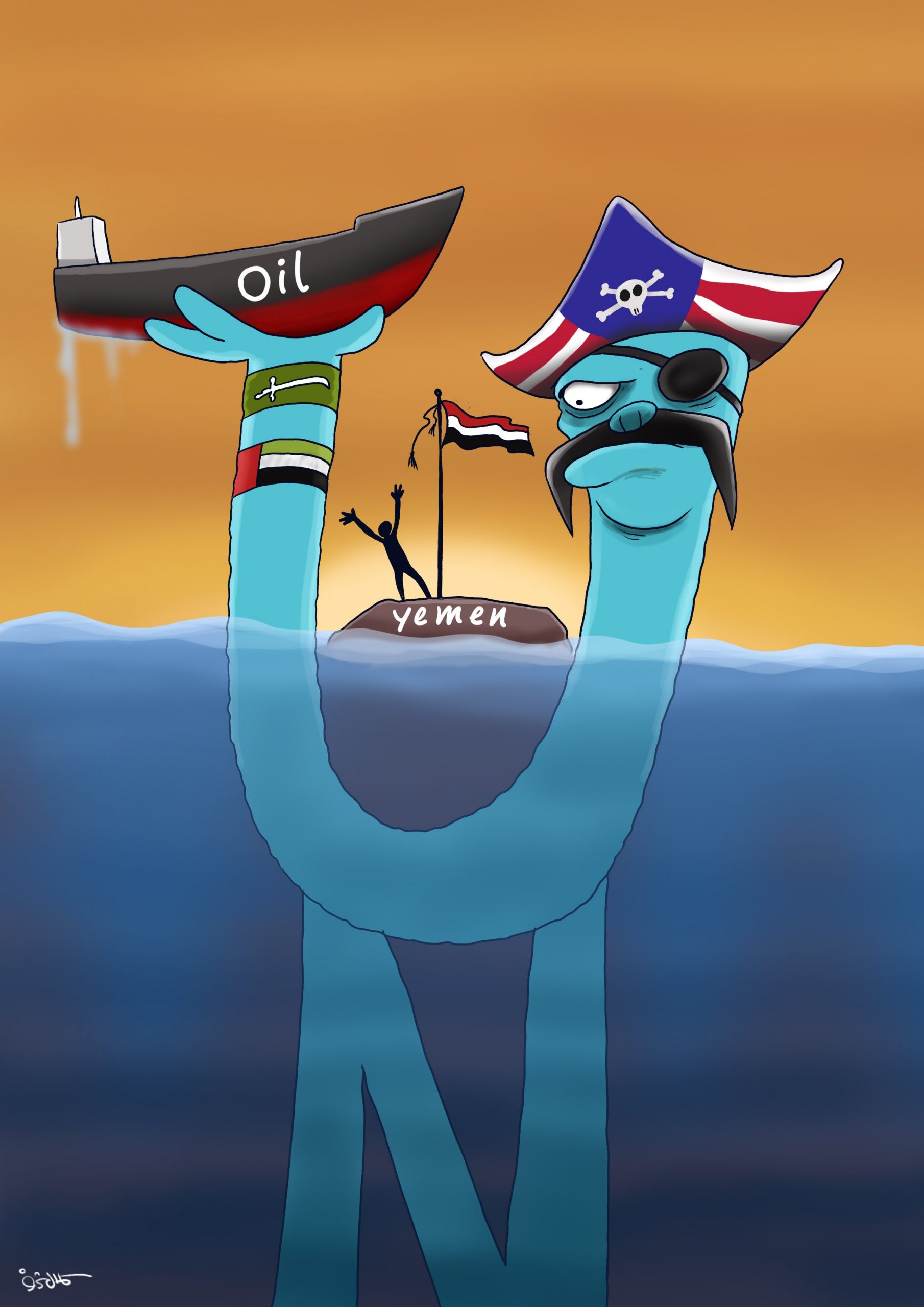 After every massacre, the US-Saudi-Emirati aggression proves its brutality and its detachment from all human values, as the blood of killed women and children will remain stained on the walls of the United Nations and its organizations, and it will be a disgrace that will haunt them throughout history.

The truth behind the Security Council:

The latest massacre and brutal crime, as stated by the head of the national delegation, Mohammed Abdulsalam, clearly reveals the true identity of the Security Council, which gives the countries of aggression the political and military cover to continue their aggression and killing against the Yemeni people, in addition to the continuation of the siege.

The decisions and condemnations issued by the Security Council are detailed according to the American view and according to the Saudi and Emirati desire, which encourages the coalition of aggression to continue launching aggressive raids, committing more crimes and brutal massacres against the oppressed Yemeni people and imposing a suffocating siege on them.

Therefore, the UN Security Council and the United Nations are essential partners in the brutal massacres and crimes of genocide committed against the Yemeni people through their silence and their shameful and biased stances towards the forces of aggression against Yemen.

International silence supports the killers of the Yemeni people: 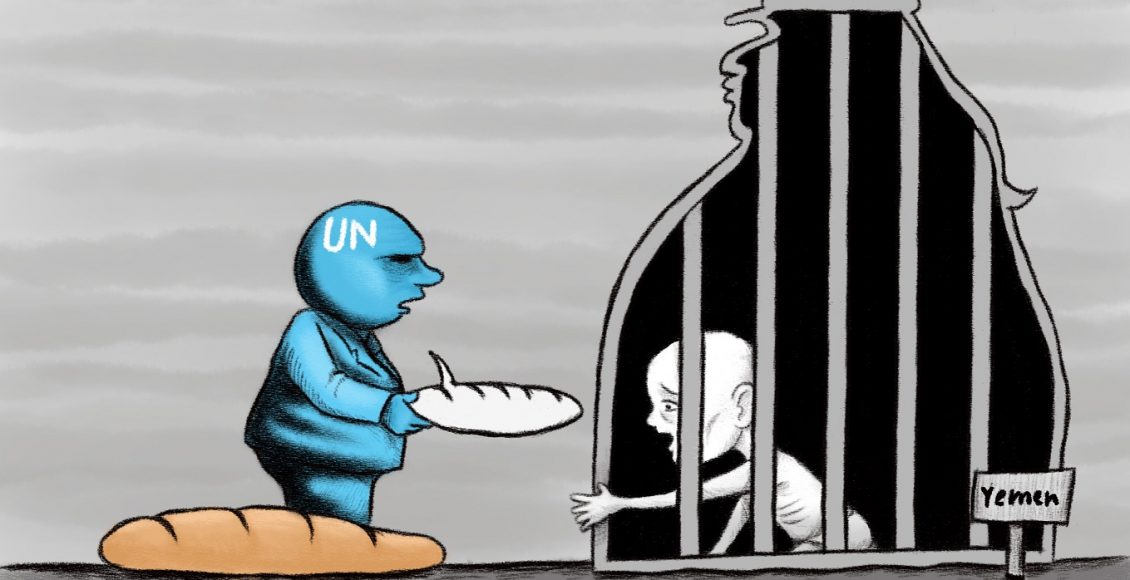 The suspicious silence followed by the United Nations, the UN Security Council and humanitarian organizations at every massacre of the Yemeni people, and with every war crime committed against civilians, women and children, enhances the certainty of all that the internationalist silence is the real killer of the Yemeni people. This is because the coalition of aggression cannot persist In committing more massacres, brutal crimes against civilians, except as a result of its confidence in the complicity of international organizations and their paid acquiescence to all the daily war crimes that the Saudi-UAE aggression boasts of committing in full view of the world.

Without US support, these crimes would not have been committed:

We are certain by saying that no matter how many crimes and brutal massacres there are, America is the one that has been perpetrating mass crimes and massacres against children and women in Yemen over the past seven years. The Saudis and Emirates wouldn’t dare to commit any crimes in Yemen without knowing it has the full support of the United States.

As long as the Saudi and Emirati regimes serve US plans and interests, everything in Yemen, including civilian facilities, schools, hospitals, and markets, are legitimate military targets in the eyes of these criminals. In addition, the killing and maiming of children and women in Yemen are entirely consistent with international and humanitarian law, which is dominated by the United States.

These brutal massacres are a result of the American positions in support of the continuation of this aggression, which encouraged the Saudi and Emirati regimes to become more involved in shedding the blood of the oppressed Yemeni people. Without US support, these massacres and crimes would not have occurred. For America, without any doubt, to be primarily responsible for every drop of Yemeni blood that is shed, and death to America and it must die.

The UAE normalization with the Israeli enemy is an aggression on Islam and Muslims: Abdulsalam