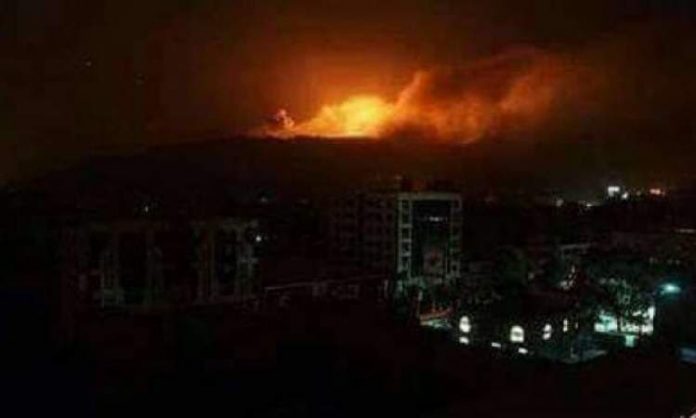 The official added the Saudi-Emirati’s warplanes launched 5 raids on the Old Radio Station building in al-Hasaba area in the middle of residential neighborhoods.

He pointed out the Saudi-Emirati’s warplanes launched 3 raids in the vicinity of the TV building and hit al-Seyana residential neighborhood in al-Thawra district with 2 raids.

Article: International complicity in crimes against humanity in Yemen

Mass Rally In Istanbul In Solidarity With Yemen