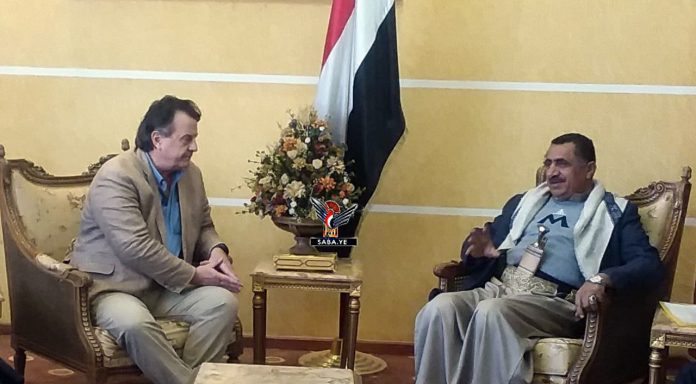 The Oil Minister called on the UN to implement international laws and resolutions regarding the release of fuel and domestic gas ships.

In turn, the UN Humanitarian Coordinator expressed his astonishment at the detention of domestic gas ships, which are not related to any military activity.

“Any ship that obtains a permit from the UN inspection body must freely reach the port of Hodeidah and all areas of the Republic of Yemen,” Gressly said.

Observers of Yemeni affairs believe that the UN turns a blind eye to the suffering of the Yemeni people, denouncing its neglect of the worst humanitarian crisis in the region.