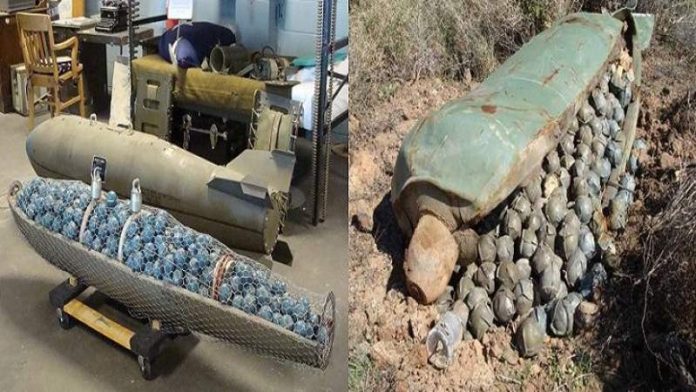 US-Saudi cluster bombs killed and injured more than 3,841 civilians, including women and children, during the last few months in Yemen.

The National Program for Mine Action confirmed that its Monitoring and Documentation Department observed the various destructive effects of cluster bombs used in Yemen, which damaged and destroyed more than 809 farms and thousands of agricultural crops, in addition to 547 grazing areas.

It stressed the necessity of intervention by humanitarian partners represented by the Supreme Council for the Management and Coordination of Humanitarian Affairs and International Cooperation, and the rest of international organizations to reduce casualties.

Saudi Arabia, backed by the US and its other regional allies, launched a devastating war on Yemen in March 2015.

The almost seven years of war have killed hundreds of thousands of people and destroyed much of the country’s infrastructure. Yemeni people are facing malnutrition, hunger, and famine, which have increased risks of disease and starvation.

In light of its defeats on various frontlines and its failure to achieve any of its objectives, the US-Saudi aggression has notoriously and indiscriminately carried out numerous attacks against densely-populated centers, including markets, hospitals, farms and schools.