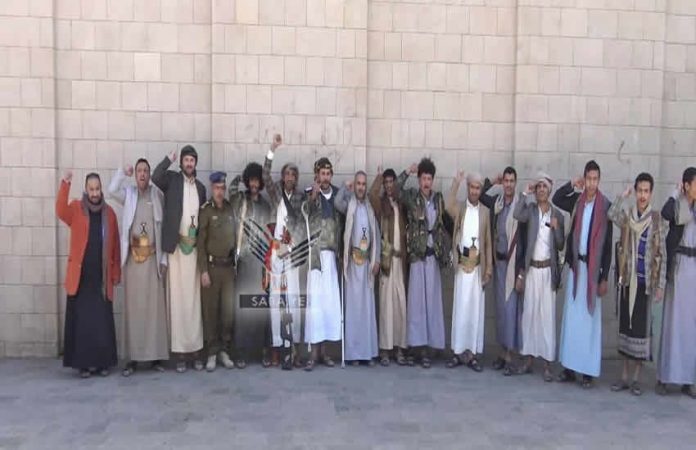 The defection of four military commanders from the Saudi-led forces

The National Center for Receiving Returnees has on Saturday received four military commanders who defected from the Saudi-led aggression coalition and returned to the Yemen’s capital, Sana’a, Yemeni news agency Saba reported.

Furthermore, Captain Abdulailah Ahmad al-Hatabani, who was commander of a reinforcement battalion in the so-called 155th Brigade also in Al-Yatamah front, and Captain Abdulhakim Naji Eida, former Staff Officer of a battalion in the so-called 2nd Brigade of Border Guards, which is located in Al-Yammah border front in Jawf province, defected as well.

“The returnees confirmed that the Saudi-led aggression forces and their mercenaries have been suffering a difficult situation after the collapse of their forces and their inability to withstand the Yemeni army and Popular Committees ,” according to Saba News.

The report pointed out that “the convoys of returnees will continue and the enemy will face a choice between surrender or shameful departure.”

The four commanders praised the position of the national leadership in the capital Sana’a in receiving the returnees and declaring an amnesty that embodied the sense of responsibility towards all the people.

They called on all those who are still in the aggression’s ranks to take advantage of the amnesty and to join the defenders of Yemen.