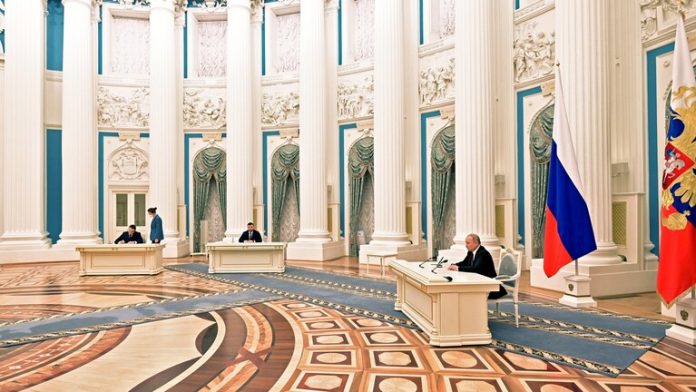 Russia recognizes the sovereignty of Luhansk and Donetsk

Putin was shown on Russian television signing a decree recognizing the breakaway Ukrainian regions and received the presidents of Lugansk and Donetsk.

President Putin said that he would “turn the tables on Ukraine,” noting that “European countries considered Ukraine a puppet to manipulate it,” adding that he would “not allow Ukraine to be a source of threat to Russia.”

In his speech to the nation, Putin accused the United States of America of spending one million dollars a day in Ukraine to support those who committed the 2014 coup, arguing that “the West controls the armed forces in Ukraine,” pointing out that Ukraine’s accession to NATO threatens Russia’s national security.