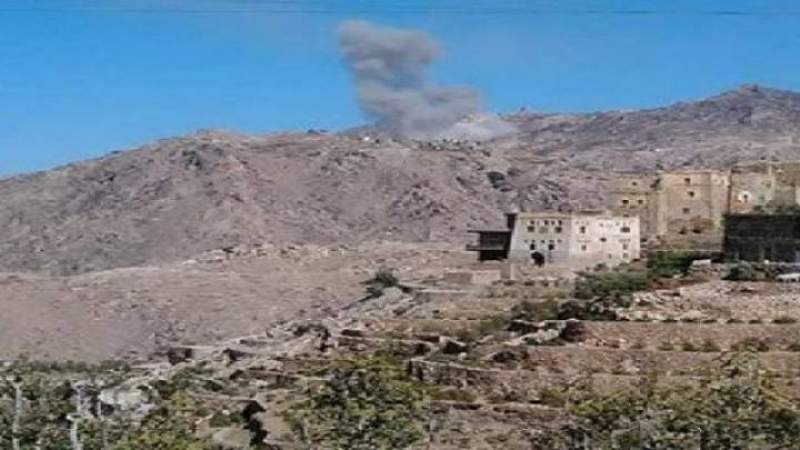 16 killed and wounded in Taiz and Sa’ada

3 civilians were killed and 7 others were wounded, including Africans, by Saudi enemy fire in Sa’ada province, and 6 citizens were wounded by mercenary bombing in Taiz, and violations continued in Hodeida, a military official at the operations room said.

The aggression forces committed 147 violations in Hodeida province and the official added 20 aggression forces’ spy planes flew over al-Jabaliya and Hays areas while the warplanes waged 2 raids on Hays and al-Zahra areas.

The official confirmed that 2 citizens were killed by Saudi artillery shelling on al-Thabet area in Qatabir and Shada border districts in Sa’ada province.

7 civilians and an African immigrant were killed and, including 4 Africans, were wounded by Saudi army fire in al-Raqu area in Munabeh border district in Sa’ada.

The official reported that the aggression mercenaries targeted with a mortar shell Al-Wahda Maternity and Childhood Hospital in Salah neighborhood in Taiz, which led to material damage and disruption solar energy system.

He pointed out that 6 citizens, including women and children, were injured by shells fired by mercenaries in al-Jamla neighborhood, Al-Harir District and Wadi Amir, in Salah district, Taiz province.

The official stated that the aggression’s warplanes targeted Haradh district with 8 raids and hit Abs district with 6 raids in Hajjah province.

He pointed out that the aggression’s warplanes launched 7 raids on Al-Juba and Al-Wadi districts in Marib province, 3 raids on al-Labanat area in Al-Hazm district, and a raid on al-Dhahra area in Khab Washa’af district in Al-Jawf province.

The official said that the aggression’s warplanes also launched 2 raids on al-Ajashir area in Najran region.

In commemoration of anniversary of Martyr Sayyed Hussein al-Houthi