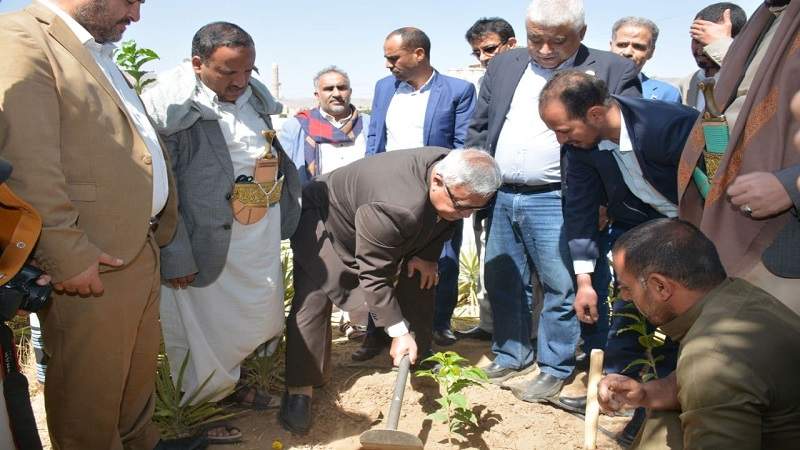 Prime Minister Dr. Abdulaziz bin Habtoor inaugurated on Tuesday the afforestation season for the year 2022 at the level of the capital Sana’a and the provinces, during which one million coffee seedlings will be planted.

The Prime Minister, along with the Minister of Agriculture and Irrigation, Abdulmalik al-Thawr, planted a number of coffee trees in the yard of the Ministry of Foreign Affairs, as part of afforestation that includes government facilities, universities, schools, parks and streets.

In a statement to the media, Dr. bin Habtoor noted the importance of the coffee tree and other fruitful and perennial trees for human life from various nutritional and environmental aspects.

Dr. Bin Habtoor stressed that everyone is concerned with preserving the environment by planting, protecting and caring for trees.

“Agriculture is part of our culture and life, and it is one of the most important activities that continue despite the aggression against the Yemeni people for the seventh year in a row,” he said.

For his part, the Minister of Agriculture and Irrigation indicated that March 1 marks the beginning of the afforestation season and the National Coffee Day.

Al-Thawr pointed out that the afforestation program for the current year aims to plant more than one million coffee seedlings in the capital and the provinces.