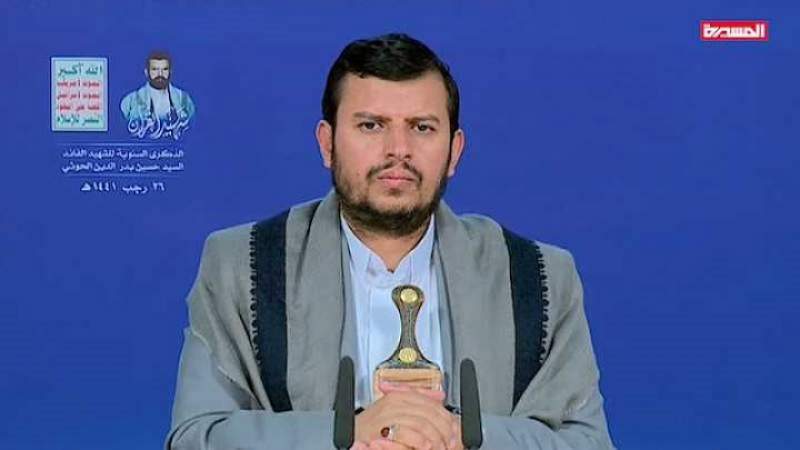 Revolution Leader: Faith affiliation best option for the nation to be victorious

Revolution leader Abdulmalik al-Houthi affirmed the faith is affiliation an ideal choice to the victory of the nation and protect it from the conspiracies of its enemies.

In his speech on the occasion of the anniversary of the martyr leader, the revolution leader spoke of important options, ensuring the nation’s freedom and independence.

The leader reiterated the need to continue to confront the aggression against Yemen, building on faith, persistence, and the continuation of the “Cyclone Yemen” campaign to warn against the aggression.

Al-Houthi stressed that some are trying to falsify the image of the enemy entity as an occupier and usurper into a friend with whom it is necessary to ally.

Sayeed noted that the puppet regimes are hostile to Hezbollah and are fighting it in the media, politically and economically, and are pumping money aiming to besiege the party and the Lebanese resistance.

Al-Houthi said America and Israel look down upon the Saudi and Emirati regimes, al-Khalifa in Bahrain, including all the normalized of states, and see in the puppet regimes nothing but valueless tools without respecting them.

The Revolution Leader also stressed that the aggression forces want Yemen to be normalized with America and Israel, and a servant to the enemies of the Islamic nation, but the Yemeni people have persevered and relied on Allah, and the Israeli enemy has become worried.

Leadership parliament denounce escalation of siege by the US-Saudi siege