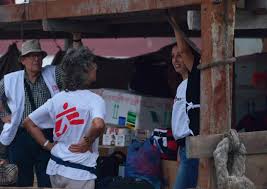 Local sources indicated that an armed group intercepted a car carrying the two MSF staff, while they were passing on the road linking Al-Abr and Al-Khasha’a areas, west of Hadhramaut, while they were heading for Ma’rib province, and took them to an unknown destination.

The sources stated that “one of the abducted employees is German and the other is Mexican.”

This comes after the failure of tribal mediation in Abyan province to release five UN employees who were kidnapped about a month ago by al-Qaeda terrorists.

Yemen’ Hurricane will be devastating for Saudi-led aggression: PM