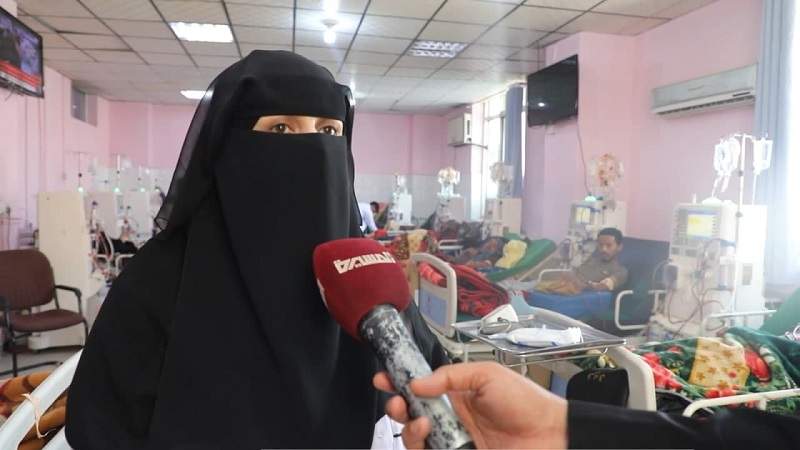 The head of the dialysis dept. warns of a humanitarian disaster due to oil crisis

The head of the dialysis department at the Republican Hospital, Huda Al-Hibri, confirmed the lack of petroleum products constitutes a humanitarian disaster for all sectors, especially in the field of health.

“The hospital receives approximately 120 kidney failure patients daily from the capital’s secretariat and from the countryside of Sana’a governorate, and patients are given 4 sessions per day,” Dr. Al-Hibri said in a statement to Al-Masirah Arabic channel.

“The patients suffer from delays in washing sessions due to the lack of oil derivatives and their inability to reach us at the specified times, and we cannot give them enough time for washing,” she added.

She pointed out that the hospital’s health and nursing staff suffer from difficulty in reaching the center as a result of the oil derivatives crisis, and this causes patients to be late for thier treatment sessions.

According to her, the oil derivatives crisis led to a power outage for devices that perform dialysis for patients with kidney failure.