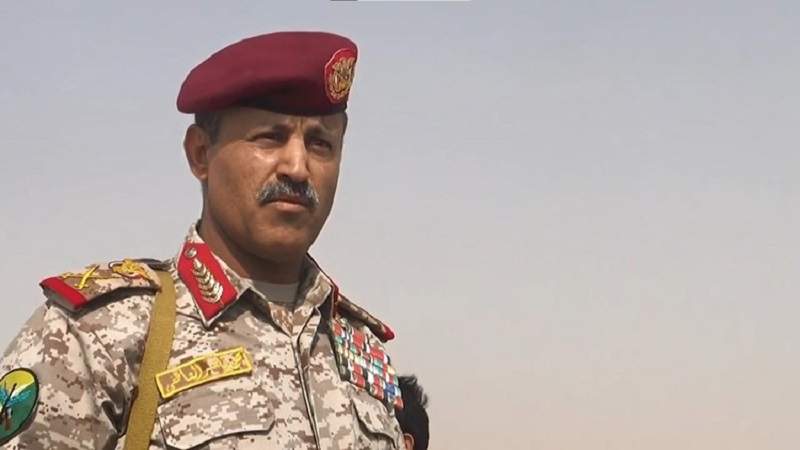 Minister of Defense in Sanaa, Major General Mohammed Nasser Al-Atefi, on Thursday, threatened the aggressive countries, Saudi Arabia and the UAE, with “the fires of Yemeni hell.”

Major General Al-Atifi confirmed in a statement on Thursday during an event organized by the Medical Services Department on the National Day of Steadfastness, that the 8th year of Steadfastness would be the year of Yemen’s hurricanes, and a renewed springboard for more excellence and success in the military industries in all fields.

“The US-Saudi-Emirati aggression coalition countries on Yemen will not be immune from the army missiles and drones,” he said.

The Defense Minister pointed out that the aggression coalition and its tools would be on a date with the Yemeni fires of hell in their territorial depths and on all fronts at the hands of the heroes of the army forces and popular committees.

Al-Atefi affirmed that Yemen has not been the aggressor and has a legitimate right for defending of it land, honor, dignity and sovereignty.

“Saudi Arabia did not stop the bitter harvest of defeats in every fronts that the aggression coalition tried to escalate for achieving victory here or there, until it has reached the stage of stagnation and collapse in all interior and border fronts,” the minister explained.

He stressed that with the aggression coalition’s failures, it did not have the courage to announce its defeat and withdraw from the Republic of Yemen, but it recently has gone to maneuver in the economic and political front, tighten the siege on all outlets, and resort to a new conspiracy against Yemen, which they called “dialogue in Riyadh.”

The minister continued: “What the aggression coalition is doing from imposing a suffocating land, sea and air blockade on our Yemeni people, is the work of pirates and a flagrant violation of international norms, human values and human rights.”

Al-Atefi denounced the positions of the United Nations and its organizations, noting that they have abandoned their responsibility and become held hostage to dirty funds of the petrodollar states.