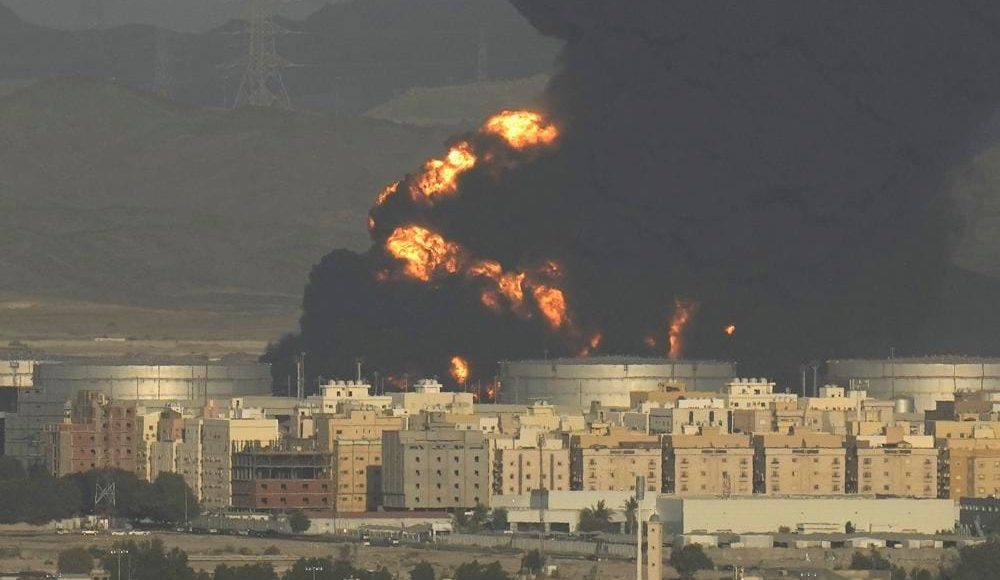 According to media reports, the fires, which have been going on since Friday afternoon at Aramco’s petroleum product distribution station north of Jeddah, have spread to all tanks and even nearby facilities.

The reports added that firefighters failed to control the huge fires and were unsuccessful in preventing the flames from extending to all the facilities.

On Friday, Yemeni Armed Forces Spokesman Brigadier General Yahya Sare’e announced that missiles had targeted Aramco facilities in the port city of Jeddah, and drones had conducted strikes on the Ras Tannura and Rabigh refineries.

Earlier, Saudi state media admitted that a string of drone and rocket attacks by Yemeni forces targeted Jeddah, with Saudi forces facing difficulties in fighting the fires caused by the strikes due to fierce winds.

Revolution leader: We are coming in the 8th year with our ballistic missiles and our long-range drones