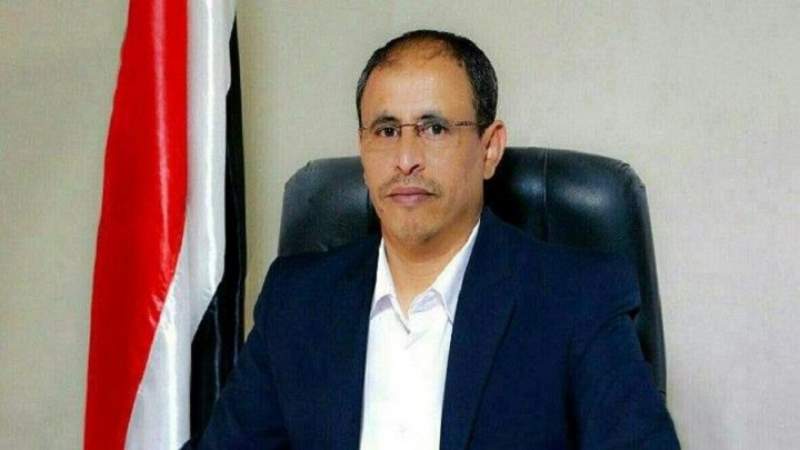 The spokesman of the National Salvation Government – Minister of Information, Daif Allah Al-Shami, praised the solidarity of the brothers in Iraq with the Yemeni people and their grievances.

In a speech he addressed Sunday to the participants in the activities of the Iraq Festival of Solidarity with the Yemeni People, Al-Shami expressed his hope for holding similar activities in other countries and states, so that “the enemy knows that peoples cannot be defeated, and that they have their say, even if regimes and governments try to control their course.”

He affirmed that the entire Arab and Islamic street stands at the heart of one man, within the issues of one nation.

The Minister of Information hailed the campaign, launched by the youth of Iraq and the pioneering role they play, affirming that “the Yemeni people do not forget these sincere positions, and this role and solidarity is unparalleled.”

The government spokesman pointed out that the Yemeni people have launched the eighth year of steadfastness in the face of the aggression, which destroyed trees and stones, killed people, children and women, and destroyed all the necessities of life.

Al-Shami stressed that “if peoples moved and sought help from God, they would be able to change their reality in the face of tyrants and arrogance.”

He expressed the aspiration for the Arab nation to emerge from its ordeal, as victory become just around the corner, and the forces of evil, oppression, and tyranny all over the world have collapsed.

“Our enemy is one, our cause and our goal are one. We move within this framework until God achieves victory and victory for our free and vulnerable peoples,” he added.

The participants in the Iraq Festival confirmed the continuous support of the Iraqi youth for the Yemeni people until they achieve victory over the forces of aggression.