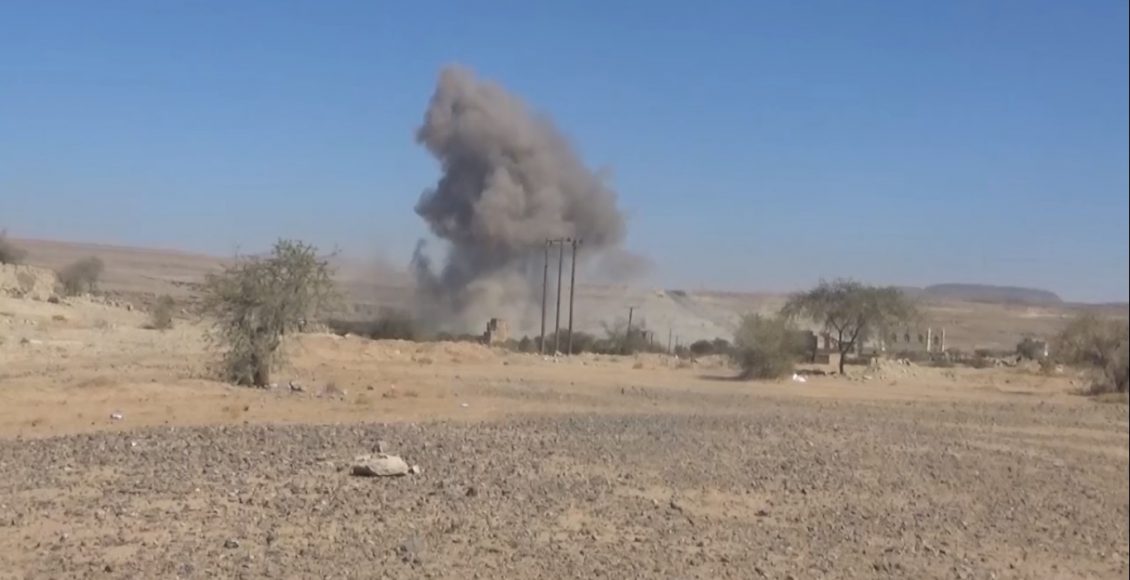 The aggression forces and their mercenaries committed 79 violations of the humanitarian and military truce, during the past 24 hours, a military official said.

The official added that the aggression violations were represented in Apache flight warplanes in the skies beyond the border and 33 overflights of armed reconnaissance aircraft in the airspace of Marib, Taiz, Jawf, Hajjah, Sa’ada, Bayda, Dhalea, Lahj, and Hodeida.

The official indicated that the reconnaissance aircraft launched a raid on citizens’ houses, the sites of the army, and the popular committees in the Al-Kadha area in Taiz province.

The official stated that the aggression mercenaries had created 3 combat fortifications, in al-Balaq al-Qebli of Jahdat al-Sad in Marib province and next to the Qataba Police Department in Al-Dhalea province and Tabat Al-Safina in Al-Barah district, Taiz province.

The aggression mercenaries also targeted, with artillery shelling and tank shells, the sites of the army and the popular committees in Al-Boqa` in Sa’ada province, Al-Jadfer, and Raghwan in Jawf province.

The source indicated that 34 violations were recorded by shooting at citizens’ houses and the positions of the army and the popular committees in Ma’rib, Jawf, Taiz, Lahj, Bayda, Al-Dhalea, and Hodeida.