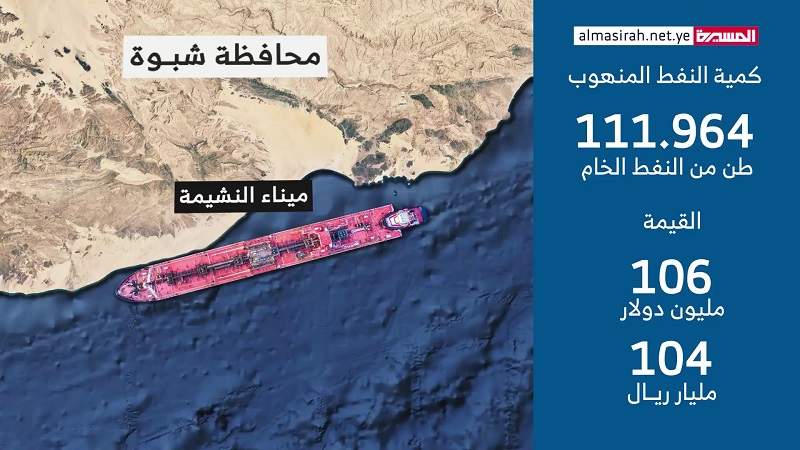 A giant tanker arrives to Yemen to loot nearly one million barrels from the Al-Nashima port in Shabwa gov.

The massive vessel SEAVELVET docked, on Monday, at Al-Nashima port in Shabwa governorate, coming from the Indian port of SlKKA, to loot new quantities of Yemen’s oil wealth, which is the second ship during this month.

SEAVELVET is preparing to loot (111,964) thousand tons of crude oil, which is approximately one million barrels, sources reported to YemenExtra.

The sources indicated that the value of the oil expected to be looted in this shipment amounts to 106 million dollars, or more than 104 billion Yemeni riyals, according to the average exchange rates in the occupied territories.

It is noteworthy that the arrival of this tanker comes a few days after the giant Chinese tanker (Aportree) left in mid-April the port of Al-Dabbah Al-Shehr in Hadramout Governorate, after it looted approximately (326,679) tons of crude oil, which is currently still sailing in the Chinese port of Rigao.