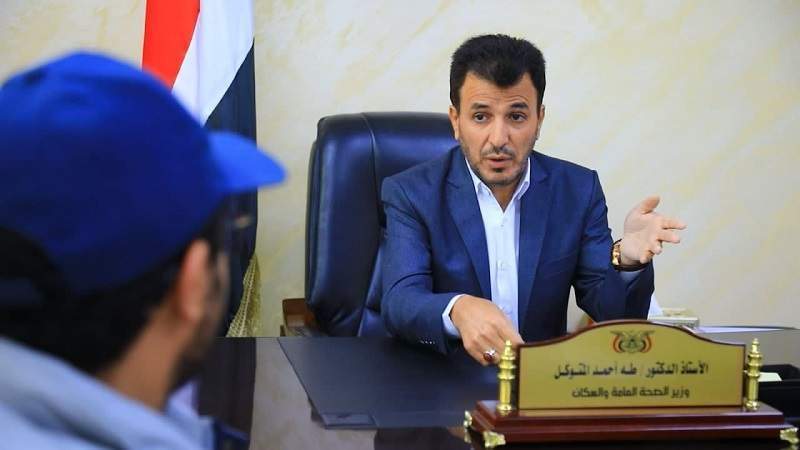 The Minister of Public Health, Dr. Taha Al-Mutawakel assured that the Saudi-led aggressive coalition’s delay in opening Sanaa airport is a repudiation of one of the most important provisions of the truce in its humanitarian aspect.

Dr. Al-Mutawakel said, in a statement to Al-Masirah, Monday, that the aggression cancellation of the first flight to Sanaa airport at the last moments aims to increase the suffering of patients who had hope.

He explained that what the media of the aggression coalition is promoting about the selectivity of patients traveling is trivial and only indicates the moral fall and bankruptcy of the arguments of the aggression countries to continue in closing Sanaa Airport.

He pointed out that only 30,000 patients have been registered with the Higher Medical Committee for three years, stressing the coalition has rejected all humanitarian initiatives to address this humanitarian file.

He added that the aggressive coalition’s repudiation of granting operating permits for “Yemenia” flights to Sanaa airport puts the blame on the United Nations and the international community.

He stated that the coalition of aggression continues to aggravate the health situation in Yemen by continuing to detain diesel ships necessary to operate hospitals and health centers.

He added that 300 patients who were scheduled to travel died, and this number is what we were informed of, and the deaths were in large numbers that were impossible to count, but surely exceeded 3,000.

He pointed out that the failure of the countries of aggression to implement the humanitarian part of the armistice led to a very bad psychological situation for patients and exacerbated their health conditions.

He called on the international community to realize that the countries of aggression are using the humanitarian file in their war as a pressure card on the Yemeni people, and that immediate intervention is required to neutralize this file.

A giant tanker arrives to Yemen to loot nearly one million barrels from the Al-Nashima port in Shabwa gov.