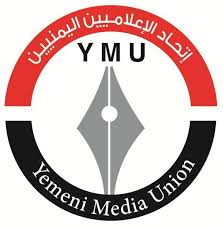 The Yemeni Media Union (YMU) on Wednesday condemned the Zionist enemy’s targeting of journalists and media professionals in the Palestinian city of Jenin, which led to the death of Al-Jazeera’s reporter Sherine Abu Aqleh and the injury of Al-Quds newspaper correspondent Ali Al-Samudi.

In a statement, the Yemeni News Agency (Saba) received a copy of it, the Union denounced, in the strongest terms, the ongoing brutal occupation crimes against the Palestinian people, calling for confronting the crimes and violations of the Zionist enemy against journalists and media professionals.

YMU also called for a comprehensive review of the media’s handling of the crimes committed by the Zionist enemy, and the unification of positions according to unified media policies that oppose normalization and criminalize dealing with the Zionist enemy in any way.