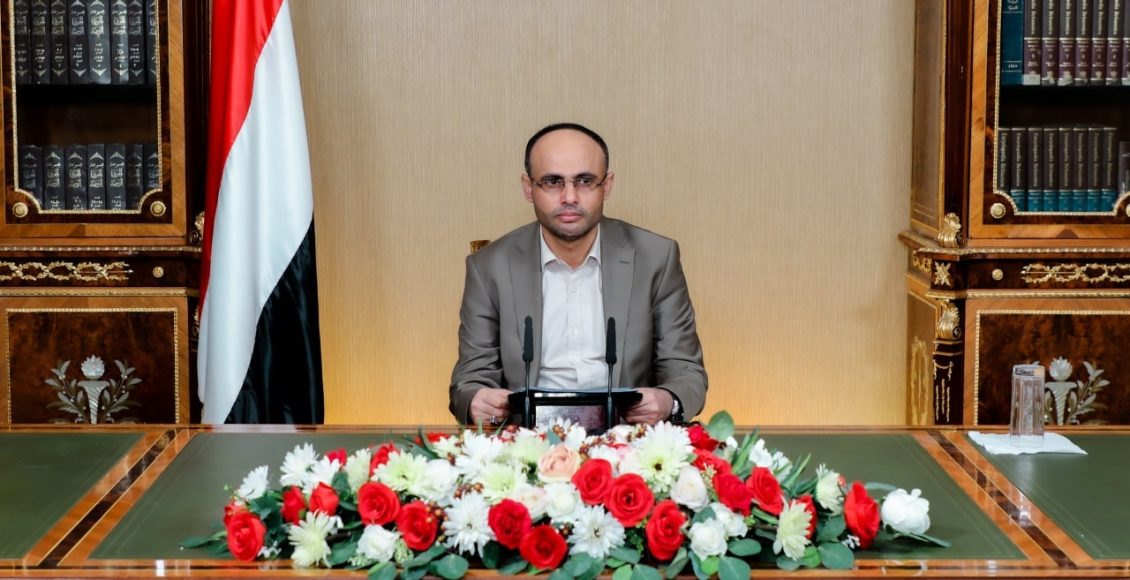 President of the Supreme Political Council Mahdi al-Mashat on Sunday called on scholars, intellectuals, writers, and media professionals to highlight the meanings of unity.

In his speech on the occasion of the 32nd anniversary of the Yemeni unification, President Al-Mashat expressed his warmest congratulations to the revolution leader, Sayyed Abdul Malik al-Houthi, the Yemeni people, the heroes of the armed and security forces, and all members of the state bodies and institutions.

He expressed absolute confidence that all the bets of Yemen’s enemies have failed, but all indications show that the battle is still long, as the countries of the aggression, led by the USA and Britain alongside with the international community supporting and siding against Yemen still endanger the country.

President Al-Mashat also stressed the keenness for a real and lasting peace based on the basic fundamental demands of a total end to the aggression, siege, occupation, reconstruction, and addressing all the effects and repercussions of the aggression.

He also expressed deep sorrow of the aggression coalition’s disappointing way to deal with the obligations stipulated in the armistice terms, saying the coalition had wasted most of the armistice’s period, which is about to end, without showing the required level of respect for its obligations.

In his speech, President Al-Mashat touched on the violations committed by the aggression since the truce came into force till the midnight of Sunday, May 21, which amounted to thousands. “In any case, we can say that the truce was not encouraging enough and if there is any virtue in the steadfastness of the truce, it is only due to the high level of patience and restraint that Sana’a has had throughout the truce,” he said.

“We affirm that we are not against the extension of the truce, but what is not possible is to accept any truce in which the suffering of our people continues.”

He called for genuine and encouraging cooperation leading to improve the humanitarian and economic benefits in any upcoming truce, stressing that is a strict priority to alleviate the suffering of the besieged Yemeni people, which “will be reflected positively on the entire peace process in Yemen.”