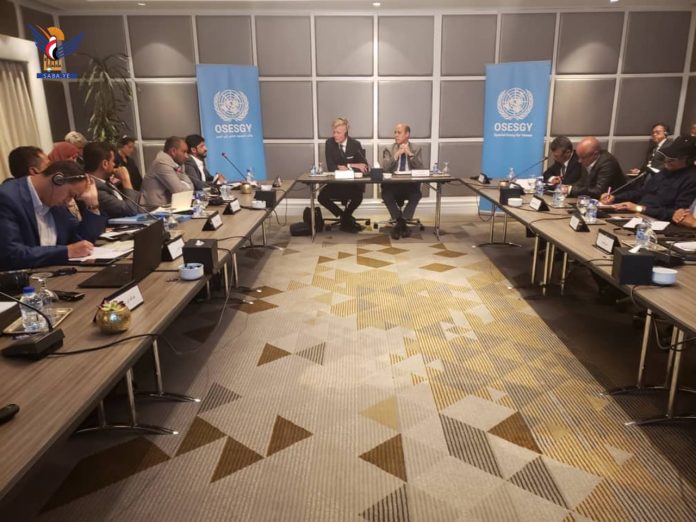 Major General Abdullah Yahya al-Razami, the head of the Military Committee to discuss violations of the UN armistice and monitor the ceasefire, said that he has proposed initiatives in the ongoing discussions in Amman, Jordan, which will contribute to alleviating the suffering of the people of Yemen in general and the people of Taiz in particular.

In a statement, Abdullah Yahya al-Razami affirmed that the committee has put forward more ideas to open roads in Ma’rib and Dhalea provinces to relieve the suffering of the people of these provinces, which is being caused by the Saudi—led aggression forces.

“We are still waiting for progress in the initial steps and for the other side to accept the opening of roads in the first phase and take these serious and practical initiatives and prove that it really wants good and alleviate the suffering of the people of Taiz and the rest of the Yemeni provinces,” al-Razami said.

“Unfortunately, the delegation of the other party does not want any discussion to open roads except in limited areas in a clear violation of the terms of the truce, which provide for the formation of committees to open roads in Taiz and other provinces.”

According to al-Razami, “the other party suffers from fragmentation, lack of leadership and lack of decision-making. These are some of the reasons that led to the delay in coming to participate in addition to its hesitation not to take advantage of the opportunity and accept the first fair ideas to open roads in Taiz, Ma’rib, Dhala and Bayda provinces.”

He concluded his statement by saying that “We’re hoping the other party will understand its human responsibility towards our Yemeni people who are suffering from the blockade, the unjust aggression and its catastrophic consequences.”