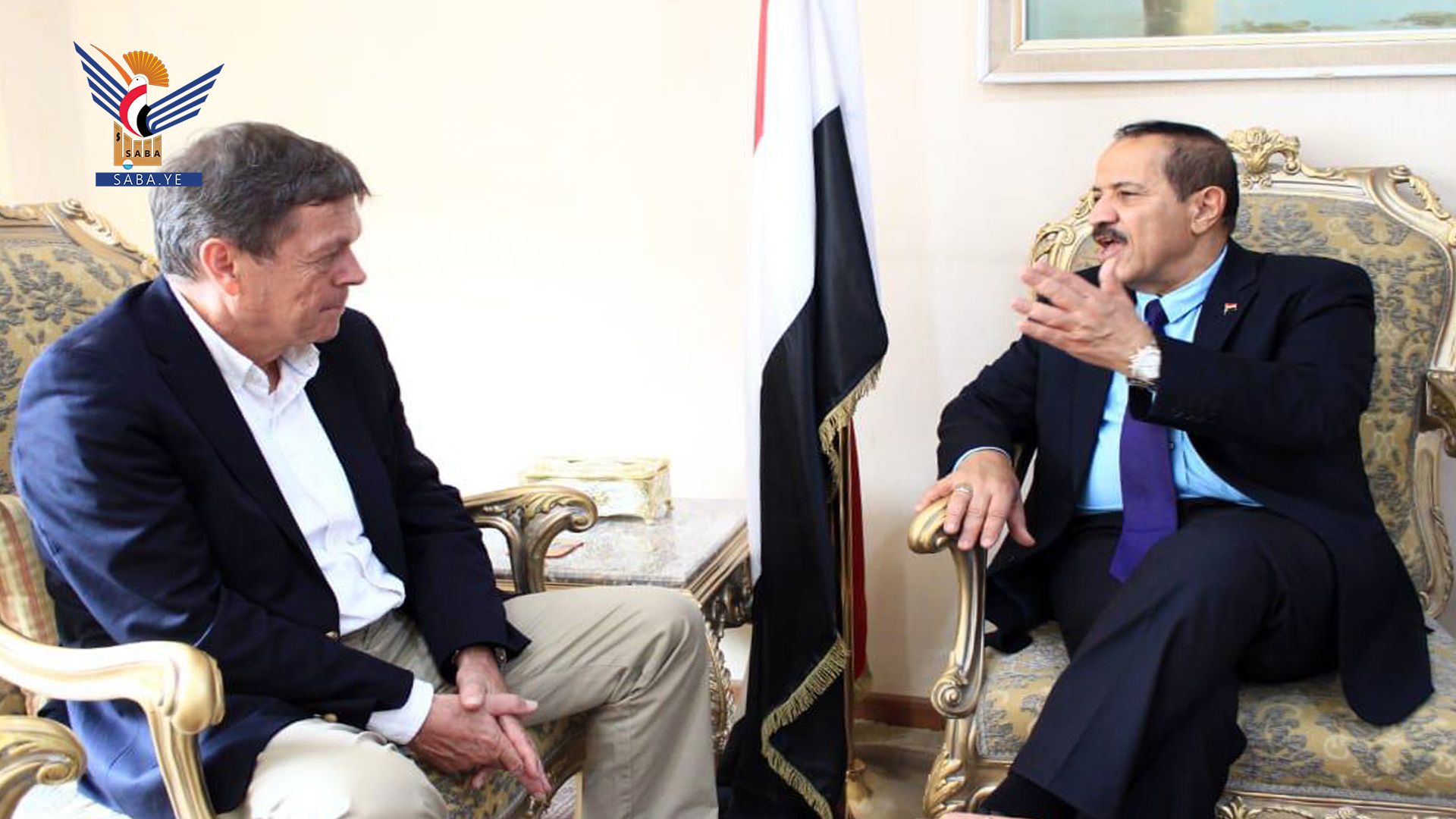 Minister of Foreign Affairs Hisham Sharaf discussed on Wednesday with Ambassador of the Federal Republic of Germany to Yemen Hubert Jäger the deteriorating humanitarian situation in Yemen and possible ways to deal with the current situation.

In the context of addressing the political and humanitarian developments in Yemen, the Foreign Minister stressed that the Supreme Political Council and the Salvation Government supported entering into a truce to achieve steps that would address the humanitarian situation and alleviate the suffering of millions of Yemeni people.

Sharaf pointed out that commercial flights were not operated according to the armistice agreement, which confirmed the conduct of regular and programmed flights on a regular basis, facilitating the process of departure and arrival of citizens without harassment and obstruction.

He called on the friendly German government to resume its activities in the capital Sana’a, stressing Sana’a’s readiness to provide all diplomatic facilities, privileges and immunities out of trust and dependence on Berlin and the European Union to support diplomatic efforts aimed at ending the military aggression and the comprehensive siege and the return to normal life.

In turn, Jäger affirmed that the situation in Yemen occupies a place in the work of the German foreign policy, pointing out that the peaceful political solution is the only solution through which the humanitarian situation will be addressed.