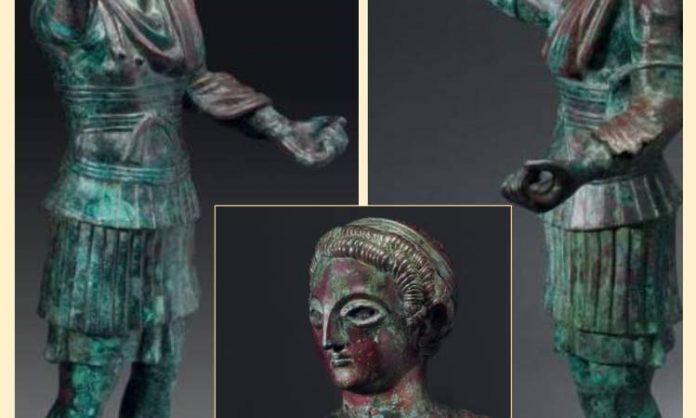 A Rare Yemeni Artifact Sold At Public Auction in France

Diplomatic sources revealed, on Wednesday, that a rare Yemeni artifact was sold at a public auction in European markets.

The sources confirmed that a bronze statue dating back to the period of the rule of the Sabaeans before Christ was sold at an auction of Pierre Berg in the French capital, Paris, for $ 400,000.

Sources pointed out that the auctions of Europe and Paris in particular are witnessing a remarkable activity in the sale of antiquities and historical Yemeni manuscripts.

More than 60 rare Yemeni artifacts were offered for sale in European markets during the past two months, according to the sources.

Yemeni civilization and antiquities are witnessing the largest process of depletion and looting at the present time, in light of the systematic work carried out by gangs for smuggling antiquities. International organizations have previously accused the coalition and a certain government of direct supervision of these gangs.

YPC: The Actual Cost Of Fuel in Free Zones Will Decrease