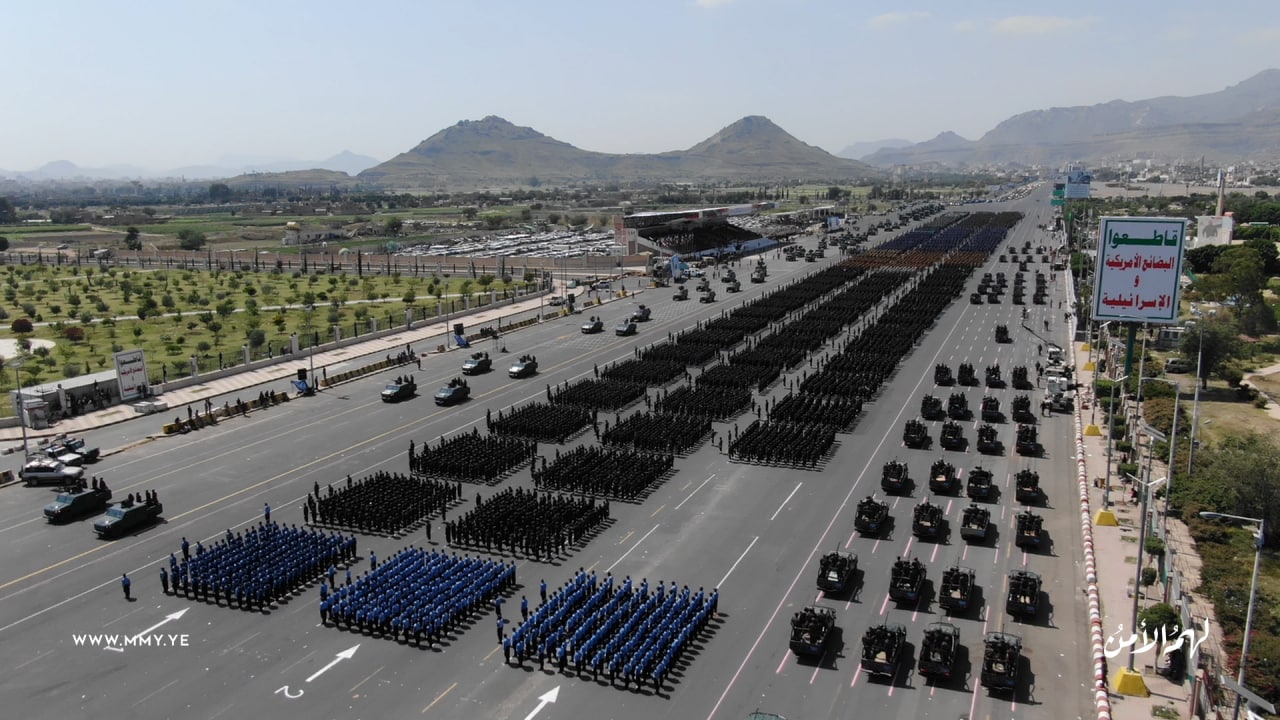 The capital, Sana’a on Wednesday witnessed a youth, military and security show, the largest in the history of the region, to celebrate the 8th anniversary of the glorious September 21 revolution.

The parade, which was attended by His Excellency Field Marshal Mahdi Al-Mashat, Chairman of the Supreme Political Council – the Supreme Commander of the Armed Forces, members of the Supreme Politician, heads of parliaments, ministers, judiciary, Shura Council, Supreme Court, Director of the Office of the Presidency of the Republic, Mufti of Yemen, members of parliaments, ministers, Shura, Mayor of the capital, provincial governors, and security and military leaders, an honorable picture of the quantitative and qualitative development of the armed forces in its various units, types and formations.

The titles of the youth scout show reflected the expressions of the joys of the people of Yemen on this national occasion, which constituted an important station in Yemen’s contemporary history in achieving freedom, pride and dignity, and getting out of tutelage and external domination and the independence of political decision.

Mohammed Al-Houthi: We Are Ready To Export Weapons For Fight Against Zionism