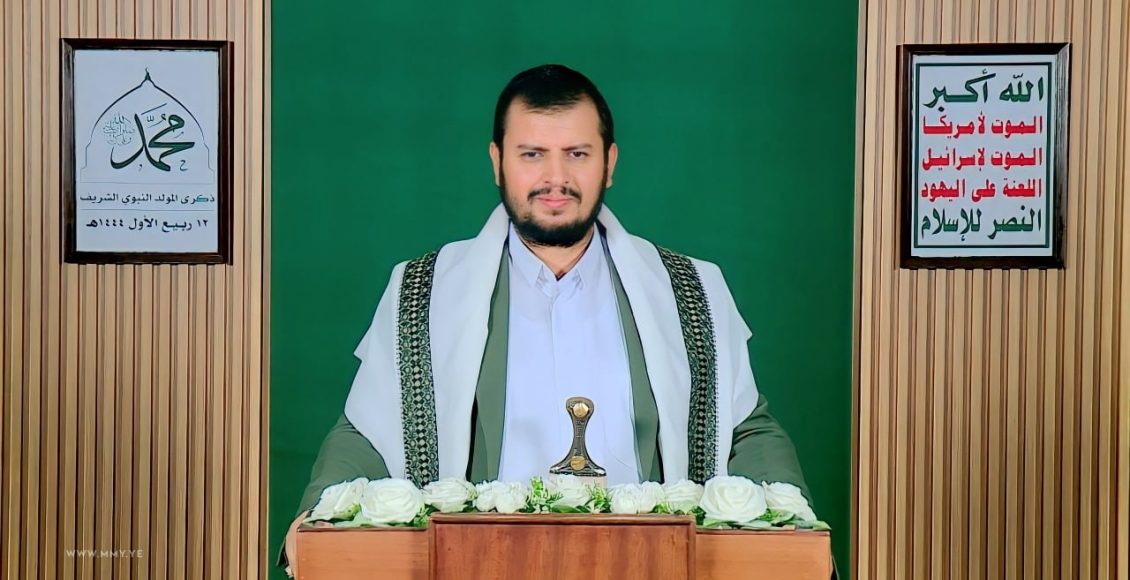 Leader of the Ansarollah Mr Abdulmalik Badr al-Din al-Houthi on Saturday called on Western countries and societies and their leaders to desist from insulting Allah, his prophets and the last of his messengers Mohammed (peace be upon him).

Mr Abdulmalik also called in his speech today on the occasion of the anniversary of the Prophet’s birthday 1444 AH, to stop being hostile to the prophets and the Book of Allah, the Noble Qur’an, burning the Qur’an and fighting Allah’s blessed teachings, and to stop their satanic efforts to fight morals and values and spread vices to spoil peoples.

“I invite them to reflect on their reality and the evils and terrible social and psychological problems that may have resulted in all fields,” he said, warning them of what Allah warned against in His Holy Book through His prophets and messengers of dire consequences and divine punishments in this world and the hereafter.

The Ansrollah Leader called on the leaders and societies of the West to be freed from Jewish Zionism, which had taken control of them, misled them, corrupted them, and tightened its control over them completely and enslaved them to a terrible extent.

Mr Abdulmalik emphasized Yemen’s principled Quranic stance towards the issues of the Islamic nation, foremost of which is the Palestinian issue and the Al-Aqsa Mosque, the pilgrimage of the Prophet, peace and blessings be upon him and his family. He considered the normalization with the Zionist entity a betrayal of Allah, His Messenger and Muslims, and hypocrisy, undoubtedly and clearly.

He renewed the call for the coalition of aggression against Yemen to stop the aggression, lift the siege, end the occupation and address the war files regarding prisoners and damages.

The Leader of the Ansarollah congratulated the Yemeni people and the entire Islamic nation on this blessed and glorious occasion.