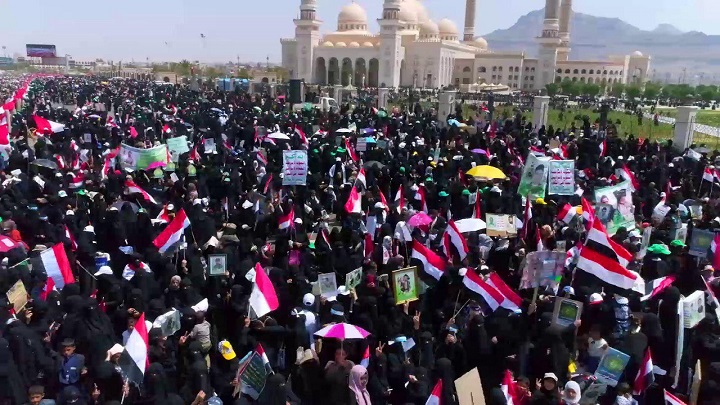 Yemeni Women once again proved their primary participation in the revolution of the 21 of September. Many of them came from various provinces to celebrate in the capital Sana’a at Al-Sabeen Square.

The women had an honorable presence in Al-Sabeen street and it was documented by several media outlets .They proved their major role in the revolution in many ways, either by sacrificing their brothers or husbands for the sake of defending Yemeni land or by sending food convoys to the front lines.

“A million cookies” was a campaign initiated and successfully achieved by the Yemeni women, which they sent to the battlefields where the Yemeni joint army retaliates for Saudi war crimes. This is only one example of influential support in the aspect of nutrition.

Today, the Yemeni women marked their strong presence as they attended in thousands to revive the anniversary of the September 21st revolution.

Saudi Paid Forces Injure a Child and a Woman in Taiz, Central Yemen