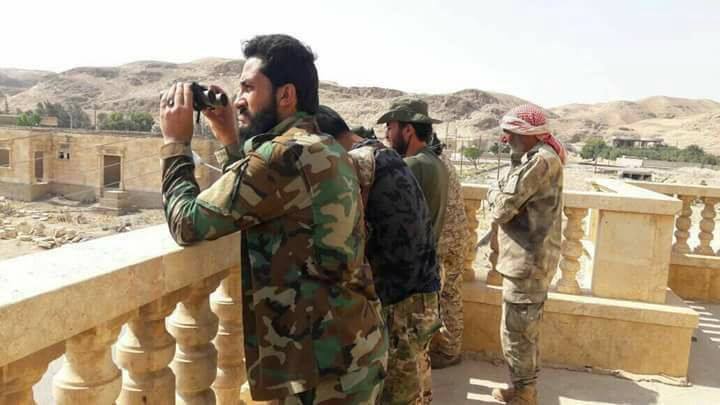 The Syrian Arab Army (SAA) continued their offensive at Hawijat Kati, today, after taking a short hiatus to negotiate the surrender of the island with Daesh field commanders.

Daesh ultimately rejected the terms of surrender, prompting the Syrian Army’s Tiger Forces and 4th Mechanized Division to resume their offensive to free this large island based directly east of the provincial capital.

Backed by the National Defense Forces (NDF) and Russian Air Force, the Syrian Arab Army attacked the northeastern part of Hawijat Kati in an attempt to recapture the dock occupied by Daesh terrorists.

So far, the Syrian Army and their allies have secured some ground from Daesh forces at Hawijat Kati, today; however, the government units prefer to get the terrorist group to surrender their positions without a fight.

The Syrian Army will likely attack for several hours before issuing another call to Daesh to surrender the island.