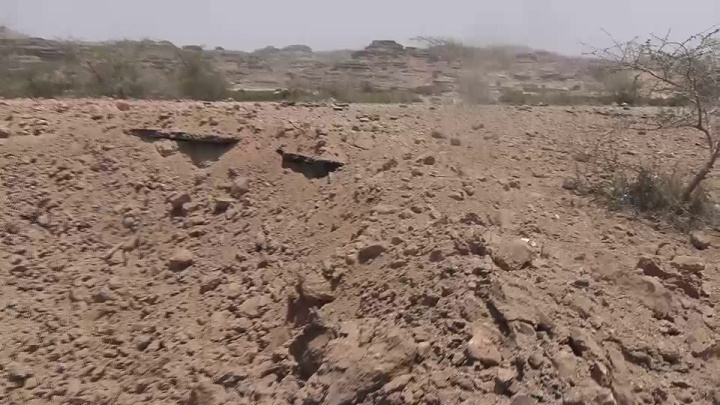 Two children were injured on Sunday after a cluster bomb detonated, which happens to be one of the remnants left behind by the Saudi-led coalition in Saada Governorate. In addition, Saudi forces waged missiles and shells against civilian vehicles loaded with food in the aforementioned governorate.

Two children fell as wounded victims after the international banned weapon used by the Saudis exploded, a cluster bomb, in the area of Dweib based in Haydan District of Saada, local source reported.

Speaking of Saada Governorate, the district of Shada also witnessed rocket and artillery assaults that targeted civilian vehicles loaded with goods in the only route to the district.

Such indiscriminate attacks have killed hundreds of civilians and wounded several others, not to mention the material losses suffered by numerous families in the areas since the beginning of the war in March 2015.

US: PLO office in Washington to stay open for 90 days until reevaluation