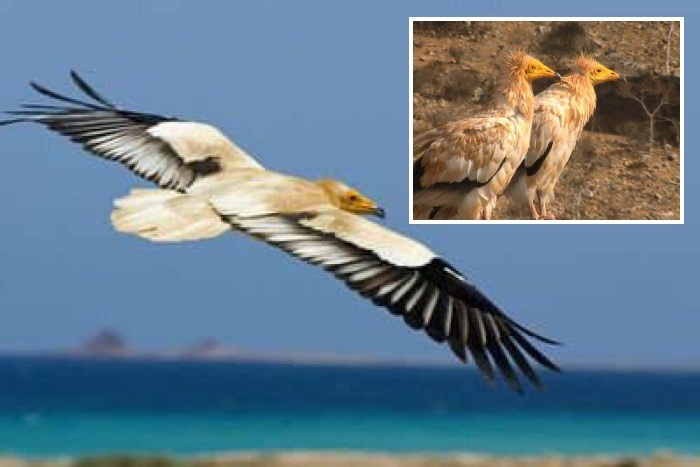 Socotra under the occupation of the UAE; looting and razing settlement in historic areas

Socotra under occupation, looting and razing and settlement in historic areas. The UAE occupation steals (185) birds of the rare Socotra in the world called (Suaideh) and transferred to Abu Dhabi

The Saudi Arabian-American aggression countries continue their occupation and dangerous operations, which reached the biggest looting and scrapping of the Yemeni identity on the island of Socotra, which has already entered the UAE and requires an “entry visa” issued by Abu Dhabi airport passports without the need for a Yemeni visa. Yemeni and does not require a tourist or visitor to seal his passport stamped “entry” of the Yemeni territory by the passports of Socotra airport.

This dangerous step of the UAE occupation state reveals the reality of the colonial project of the Gulf state, which is 35 years old, the time of the youngest modern tree in the archipelago of Socotra, where the island continues to witness the continuation of theft and looting of everything that is valuable and rare and beautiful throughout the day and hour and transfer to Dubai and Abu Dhabi on board giant ships and fleets of cargo planes.

Occupation for the looting of Socotra’s riches
In the context of the talk of the scandals of thefts of the UAE to Scotland, Arab, international and local media reports, according to documents, data and evidence, that the UAE occupation is dedicated to the looting of Socotra wealth and the establishment of US bases under the cover of the occupation.

According to reports, on Monday, 185 birds of Socotra called Suaeda were caught by the large nets by General Khalfan Al Mazrouei Bou Mubarak, the UAE representative in Socotra and his officers before being transferred to the capital of the occupation of Abu Dhabi. They are rare birds in the world. , Is found only on the island of Socotra, where the length of wings is 190 cm and weighs 2000 grams.

He pointed out that the occupation also robbed during the past few days about 30 pairs of hawks hawks rare on the island, which is not the same in the world, in addition to plants and trees and transferred to the gardens of Abu Dhabi and Dubai, explaining that the UAE is stealing even at the level of Bees and honey from Socotra after looted all the gal in Yemen.

The event comes after the cancellation of dozens of travel agencies and agencies on 23 May and monopolizing the work of the two Emiratis after they tightened their grip on Socotra airport and under its administration only, while the island continues to receive giant vessels to transport trees and stones and rare monuments from the port of Socotra to the port of Abu Dhabi At the request of the UAE delegate, and the directives of the mercenary governor of Socotra Ahmed bin Hamdoun, to the security services in the port not to inspect the containers or even exposure to them.

It seems that there is an Emirati plan to displace the population of Socotra, the vast majority of which lives on the fishing profession, and the uniqueness of it to carry out its settlement projects. Last week the occupation poisoned a large area of the sea opposite Socotra Island, killing thousands of small and large fish and killing them.

To the beaches, in a move that foreshadows an environmental disaster that may last for many years.

Many activists and writers from the island of Socotra have said that the crime committed by the occupation would cut off most of the island’s population and deprive them of fish at sea.

The citizen Abu Ahmed Al-Shawash revealed that the occupation of the United Arab Emirates to discharge nuclear waste to Western countries in secret, and buried in the sea, exploiting its presence in Socotra, which may constitute a threat to normal life on the island and neighboring provinces, and even may be a threat to the whole of Yemen, That these wastes belong to the Israeli occupation.

The citizen, Hanan Ali, pointed out that the occupation is behind the poisoning of the sea and the fight against fishermen in their livelihood. The citizen Mohammed Al-Omari explained that the UAE’s intervention in Yemen resulted in nothing but ruin and destruction, indicating that its hegemony over the island extended to reach the communications network.

Building palaces and demolition history
The site of “Socotra today” said on Monday that work has been resumed on the demolition of a castle overlooking the historic city called the “market” after the activists in Socotra denounced the sabotage in the months ago with the aim of building and construction of a palace for the representative of the UAE ” Mubarak “instead of the historical castle, in cooperation with the window and mercenaries of the local authority leaders in Socotra, and with the direct complicity of the mercenary governor who deliberately mislead the public opinion and the media through the issuance of false decisions to stop the construction of the beaches, while construction continues every day and every Part of the beaches of J Zeira is accelerating.

Foreign mission to explore and steal antiquities
Activists, journalists and media activists continue to organize numerous campaigns and scandals called “Socotra” and “Domino” to expose the crimes of the UAE occupier and to continue his systematic and organized operations to extract and steal all that was of importance and value in Socotra and to transfer it to his capital in an immoral, humane and legal manner.

Sources from inside Socotra reported the arrival of a foreign mission to explore the effects of the island in early October, in coordination with the UAE occupying state and its representative in the archipelago “Abu Mubarak”, which was received at the airport and settled them until the completion of its work, Yemen, a rare and displayed in the Louvre Museum, which opened in Abu Dhabi on the ninth of November, in the presence of the French President, an Arabic version of the Louvre French, has published many Arab and international media dissatisfaction of Yemeni citizens and Iraqis because of the theft of the UAE occupation of the effects Ancient and rare that talk about the civilizations of Saba and Balqis Yemen and Babylon and Samarra of Iraq.

Assault on the constants of society
The occupation exercises its colonial and settlement activities on the island of Socotra, taking advantage of the need and living conditions of the people to prepare the local community to accept any decision in favor of its project according to its titles.
Residents of the island confirmed that the UAE is packing its occupation and razing the wealth of Yemenis in Socotra with humanitarian aid, which everyone knows is true, pointing to the biggest scandal committed by the occupation on the island after the requirement of the UAE delegate in Socotra “Abu Mubarak” when funding women’s courses for some associations and organizations, And the niqab for trainees in these courses as a prerequisite for the occupation of the island.

The movement of ships without a sergeant
As the Gulf crisis continues with Qatar, the reformist journalists continue to expose some of the practices of the occupation, not patriotism; they did not do so before the crisis, as pro-aggression journalists published information that the occupation dismissed the director general of Socotra Customs To the government of mercenaries, and replaced by another close to the pro-occupation portfolios after rejecting some of the violations committed by the UAE, including the anchoring of ships at the quayside port and leave without the knowledge of the customs authorities, and loading closed containers without subject to customs inspection.

In a letter addressed to the UAE delegate, Khalfan bin Fadil bin Rashid Al Mazrouei, “Bou Mubarak”, Al-Massira newspaper received a copy demanding that all the data of the “In all ports of the world, which was rejected and then ousted from office.