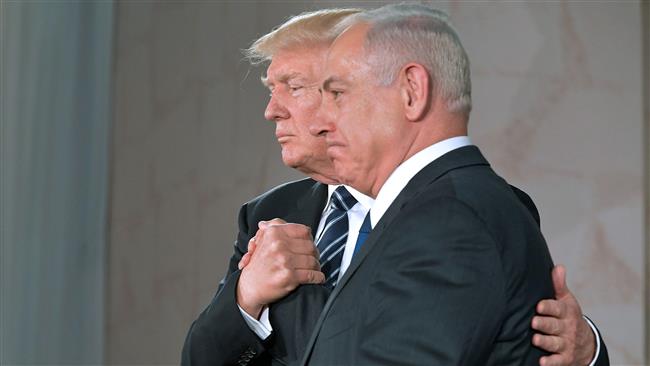 Senior officials from the United States and Israel have secretly met in Washington to hammer out a deal on confronting Iran on several fronts, a new report says.

The closed-door meeting, led by US National Security Adviser H.R. McMaster and his Israeli counterpart Meir Ben-Shabbat, took place at the White House on December 12, and the two sides agreed on forming joint teams to combat Iran in the Middle East region, Israeli media reported Thursday.

The two sides signed a document that would translate US President Donald Trump’s October speech, where he “decertified” the 2015 nuclear deal between Iran and six world powers — the US, the UK, France, China, Russia and Germany.

The joint teams, four in total, would explore different ways to deal with what the Tel Aviv regime refers to as “the Iran threat.”

According to the report, one of the teams would try to curb Iran’s influence in Syria and work to block Tehran’s support for the Lebanese resistant group Hezbollah.

Iran has been supporting the government of Syrian President Bashar al-Assad in its fight against foreign-backed militancy since 2011 upon a request by Damascus. Hezbollah has also been helping Assad’s government in the fight against Takfiri militants.

The second team was tasked with conducting diplomatic and intelligence activities to disrupt Iran’s nuclear program, while another team would specialize in dealing with the country’s ballistic missile work.

Finally, the fourth team would control preparations for any escalation with Hezbollah or Tehran.

The report cited a senior Israeli official as saying that Tel Aviv and Washington “see eye to eye on the trends and processes in the region.”

An unknown US National Security Council representative said the deal between Tel Aviv and Washington was an informal “framework” rather than a full-fledged plan.

“Obviously, there was a major strategy that was announced a few months ago, and there have been meetings subsequent to that shaped by that new strategy,” the official added. “And obviously Israel is one of our closest allies.

During his October 13 speech, Trump said he would not recertify Iran’s commitment to the nuclear deal, known as the Joint Comprehensive Plan of Action (JCPOA). He also outlined a new, tougher approach toward Tehran.

The new approach included more sanctions against the Islamic Republic and specifically the Islamic Revolution Guards Corps (IRGC) over its missile program.

The US has recently stepped up efforts to target Iran’s ballistic missile program. Besides imposing new sanctions on Iran, the Trump administration has accused the country of providing missile technology to Yemen’s Ansarullah movement, which is at war with Saudi Arabia, another close US ally. Tehran has rejected the US allegations.

National Archives: US and UK Planned to Attack Iraqi Forces After 1991 Gulf War