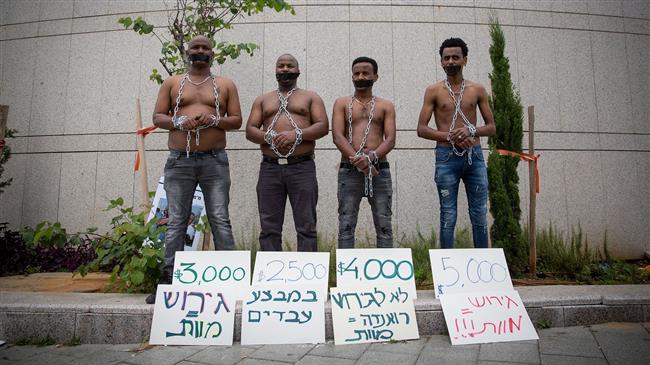 The United Nations High Commissioner for Refugees (UNHCR) has called on Israeli Prime Minister Benjamin Netanyahu “to reconsider” his decision to renege on an agreement on resettling thousands of African asylum seekers following fierce right-wing criticism.

“UNHCR continues to believe that a win-win agreement that would both benefit Israel and people needing asylum is in everyone’s best interests,” the UN refugee agency said in a statement on Tuesday, encouraging the Israeli regime “to consider the matter further, while standing ready to be of help.”

Netanyahu said in a televised address on Monday that Israel and the UNHCR had reached an agreement “for the departure of at least 16,250 migrants…to Western nations.” However, a few hours later he put the deal on hold until further notice, and earlier on Tuesday changed course in a dramatic move and said that he had cancelled the agreement altogether, after facing pressure from his right-wing base.

“After having heard numerous comments on the agreement, I have examined the pros and cons and have decided to cancel the agreement,” the premier said.

There are currently some 42,000 African migrants in Israel, and more than 1,400 asylum seekers are held in two detention centers, including the notorious Holot facility in Negev desert.

Prior to the deal with the UN, Israel had handed notices to nearly 39,000 asylum seekers, mainly Eritreans and Sudanese, notifying them that they would be deported to Uganda and Rwanda.

In an attempt to end the possibility of forced deportations of thousands of migrants from Israel to the African countries, the agreement was designed so that over 16,000 migrants can instead resettle in Western nations. At a press conference on Monday, Netanyahu had identified Canada, Germany, and Italy as some of the countries set to host the migrants.

Elsewhere in the Tuesday statement, the UN refugee agency expressed regret over Netanyahu’s unilateral move in scrapping the deal, saying “the agreement was the result of discussions over an extended period of time, and reflected a shared effort to find a solution that gave international protection to people arriving in Israel fleeing war or persecution while also meeting the concerns of Israeli host communities.”

The migrants say the Israeli regime has already forced them in their thousands to southern Tel Aviv, intentionally making living conditions unbearable for them. They have been staging regular thousands-strong rallies to condemn the prospect of deportation. The latest protest on March 25 gathered around 25,000.

Israel, however, considers the majority of African asylum seekers to be economic migrants and has said it has no legal obligation to keep them.

In January, Israel started the implementation of a plan to deport migrants who had entered the occupied territories, threatening to detain those who refused to leave. The plan, initially approved by the Israeli cabinet in November, has drawn concerns from the UN refugee agency, which called it incoherent and unsafe.

We must see a rapid end to the Yemeni conflict: UN Secretary-General Antonio Guterres