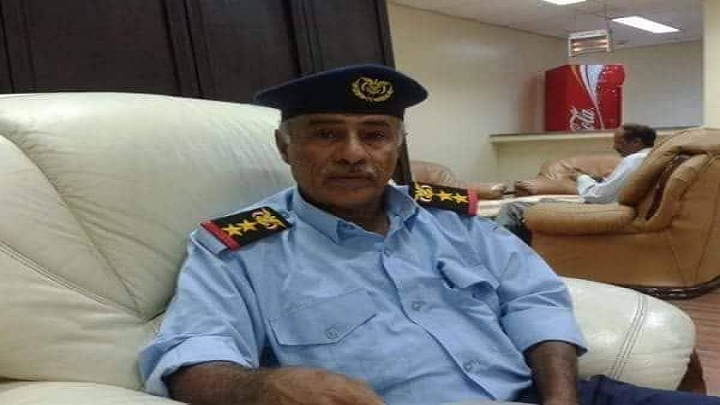 Unknown gunmen on Sunday assassinated the head of intelligence at Aden International Airport in front of his house before fleeing.

According to media close to the UAE, gunmen fired on the Colonel in the intelligence service, Nasser Makreih, in front of his home in the district of Khormkassar, before attempting to escape.

“Colonel Nasser Makreih, appointed by fugitive ex-president Hadi, was returning to his home after performing the evening prayers at the neighborhood mosque where the gunman fired several shots at him immediately.

Sources pointed out that citizens tried to transfer him to the nearest hospital, but he died before his arrival.

The city of Aden has been witnessing almost daily assassinations and an unprecedented security chaos under the control of the Saudi-led coalition and the spread of armed groups in the city and the southern regions in general.

Faisal al-Hudhaifi, a political leader close to fugitive ex-president Hadi, accused the UAE of being behind the assassinations and security chaos in the southern city of Aden.

Al-Huthaifi accused the UAE occupation of being responsible for the assassination of Brigadier General Nasser Makreih, appointed by Hadi, as head of the so-called intelligence at Aden International Airport.

He also said that the UAE is targeting the military, security and political leaders close to Hadi, pointing out that it is seeking full control over the security file in the province of Aden.

Faisal Al-Hudhaifi pointed out that the recent events witnessed in the southern provinces reveal in full detail the reality of the UAE ambitions in the port of Aden in particular and Yemeni ports in general.

Moreover, Ali Al-Kareidi, President of the Forum of the Sons of Aden, accuses the UAE of being behind the assassinations and security chaos in the province of Aden.

Al-Kareidi asserts to Al-Lahdha (The Moment) Channel that the perpetrator of the assassinations in Aden has been arrested. He has admitted that he was assigned by Shalal Shaya to assassinate a number of preachers and mosque imams in Aden.

During the past week, the outcome of the assassinations amounted to 15 operations, which aimed for mosque preachers and imams, security men as well as three citizens.

What do Yemeni Army Forces Attacks On Economic Targets do For Saudi Arabia And The UAE?