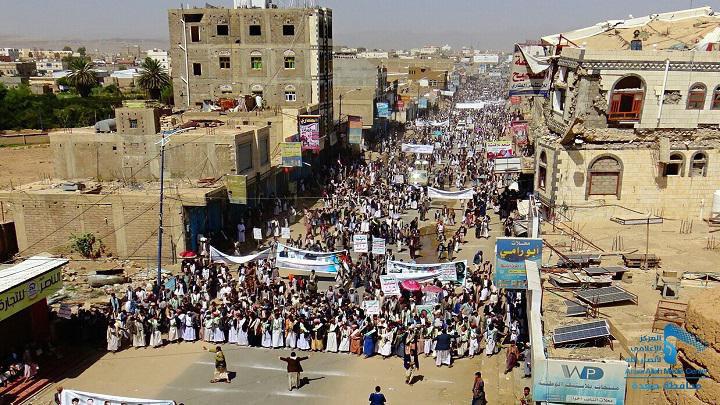 Saada province on Wednesday witnessed a mass rally under the slogan “The trial of child killers is a humanitarian and moral duty.”

The Governor of Saada Mohammed Jaber Awad stressed that the Saudi-led coalition is addicted to shedding the blood of children and women since the beginning of the Saudi-led war in light of the continued international silence.

He also pointed out that Yemenis will not overrule their right and will pursue the criminals no matter how long the war goes on.

Meanwhile, a statement issued by the march confirmed that the countries providing the US-backed coalition with weapons are direct partners in the shedding of the blood of children and women and will not escape prosecution.

The statement also called on the United Nations, the Security Council and the International Criminal Court to take serious action against the crimes of the Saudi-led coalition, especially after the recognition of war crimes against Yemenis. 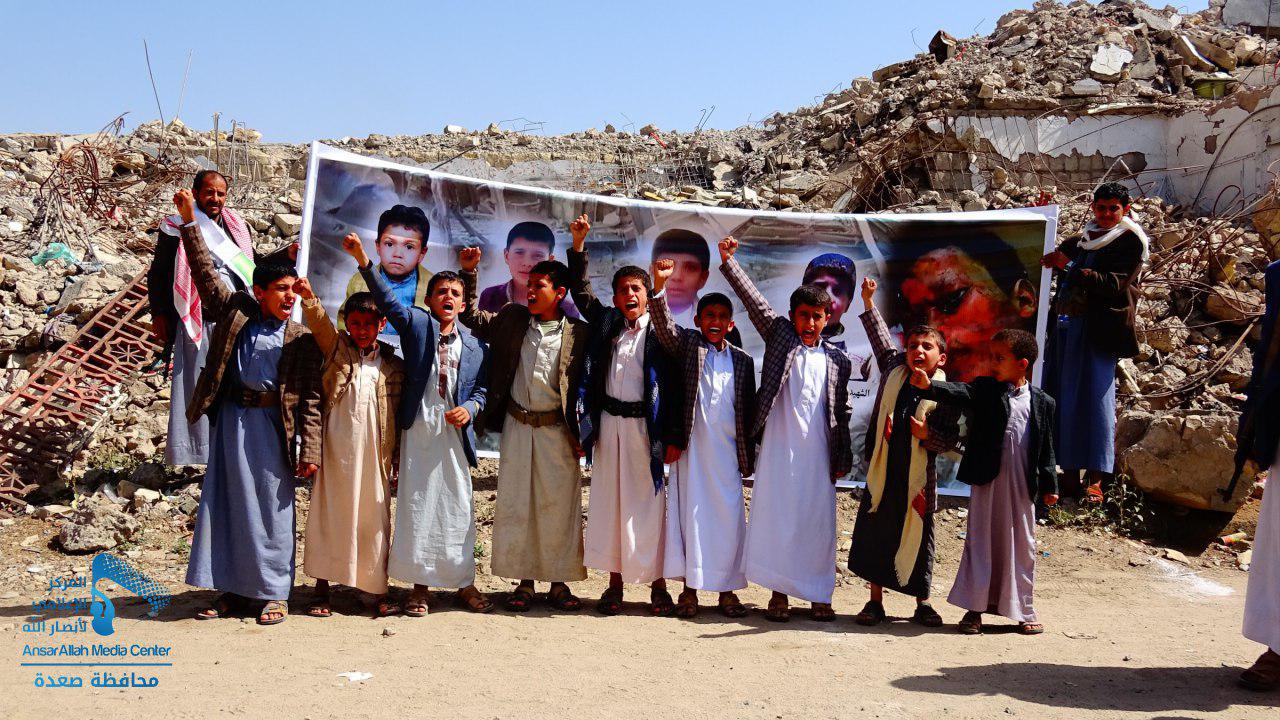 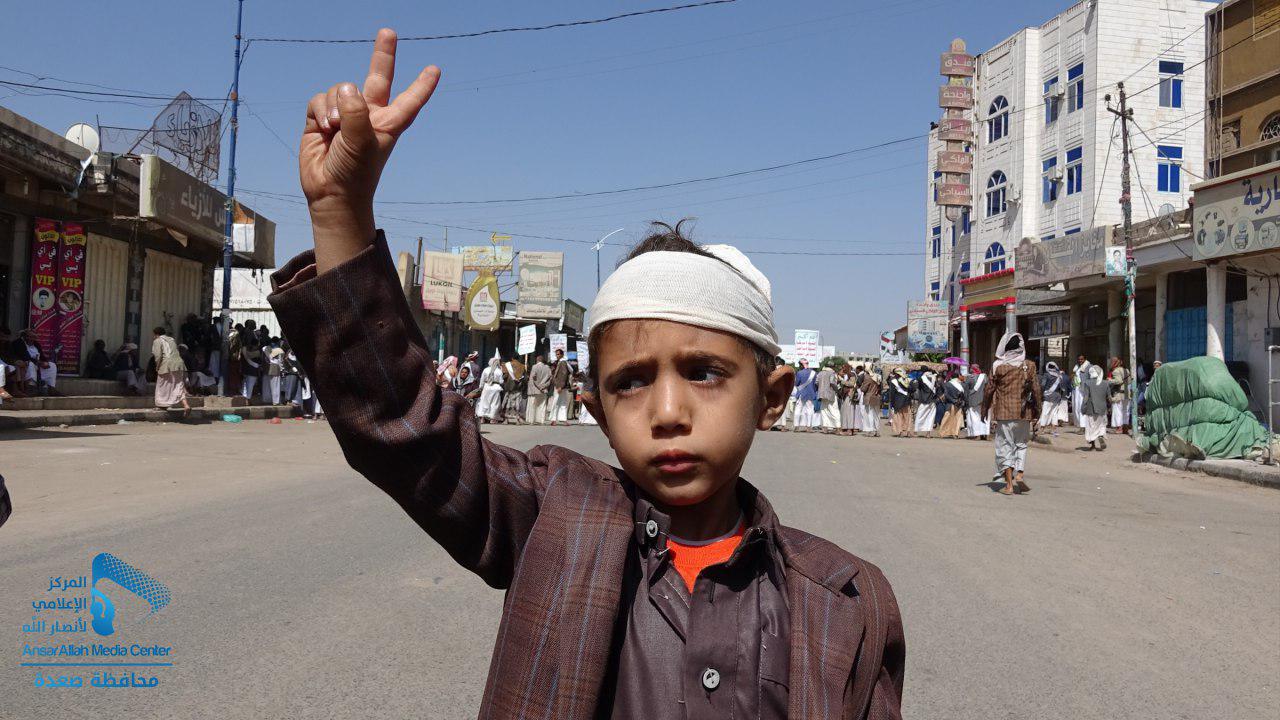 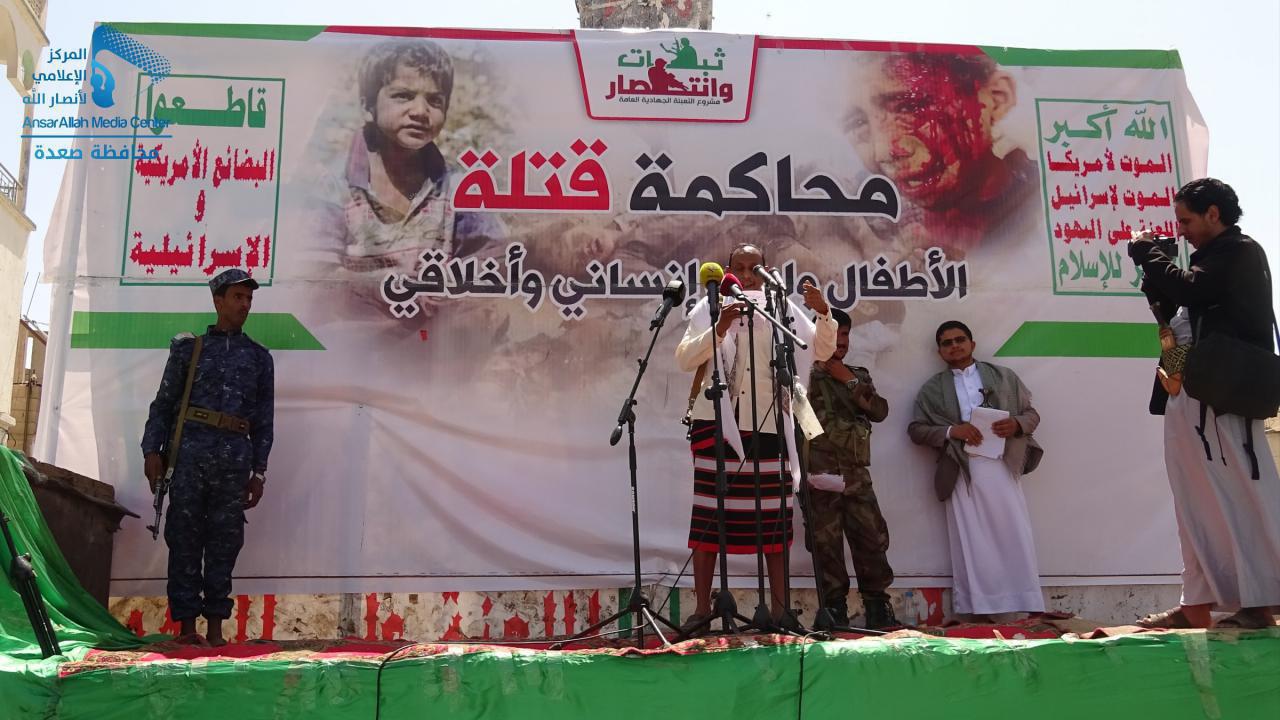 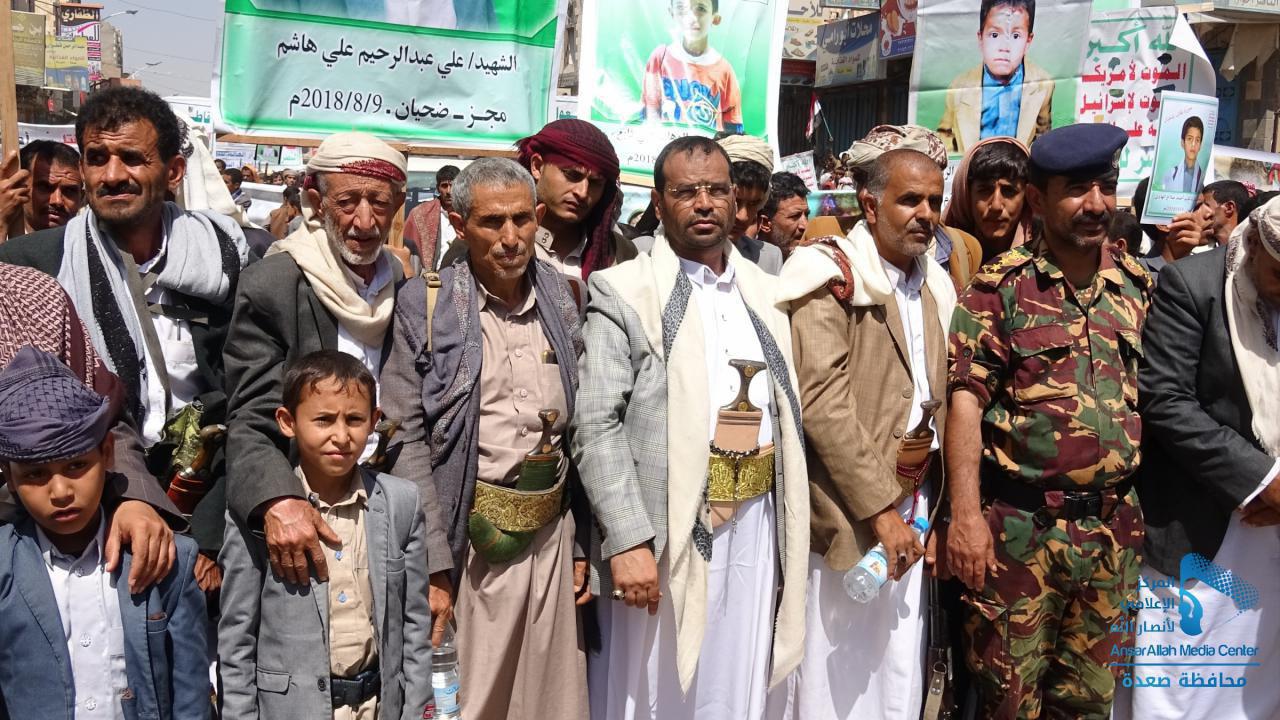 Whatch : Popular protests against the coalition in southern Yemen ,protesters burn pictures and flags of UAE