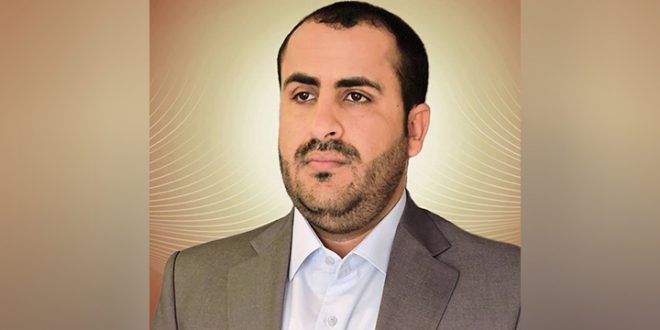 Report: The UN Was Set up to Fail, Reopening Sana’a Airport Is a Humanitarian Priority: Ansarullah Spokesman

The United Nations has failed or was forced to fail in obtaining the necessary authorization for the national delegation to go to the Geneva consultations, stressing that in the face of the growing suffering of the Yemeni people, the reopening of Sana’a airport is a humanitarian priority, said the spokesman of Ansarullah (Houthi) and head of the national delegation to the Geneva consultations Mohamed Abdel Salam.

Abdel Salam said in a publication on “Facebook” that the United Nations failed or was set up to fail to extract the necessary license, pointing out that the Saudi-led aggression claimed as usual that we impose conditions.

He pointed out that the coalition “went too far” when it claimed that the wounded are Iranians and Lebanese; thus, revealing its political bankruptcy and the propaganda of its media coverage since the first day of war on Yemen.

“The United Nations informed us that, in line with Saudi concerns, we will be allowed to leave Sana’a directly to Geneva,” he said. “We agreed to take with us patients and wounded for treatment in Europe due to their critical condition because the airport has been closed for more than two years.

He stressed that it is the right of the people with critical conditions to receive our attention, especially as we are going to talk about the suffering of the Yemeni people and we are not students of privileges, noting that the travel of wounded and sick to Europe with the knowledge of the United Nations and its concerned bodies removes, but blames the coalition of Saudi Arabia on the need to know the identity of the wounded and whether they are Yemenis or not.

Head of the National Delegation: No guarantees were made regarding the safety of the delegation:

” When talking to some ambassadors of the permanent members when they asked us why we do not go to Geneva, we would tell them, are you ready to guarantee the safety of the delegation and its return?

“He said this is difficult and not easy, and another said that they can not guarantee any other entity, not the United Nations or others, except their own flights.”

“In the face of such an international community that does not trust the Saudi coalition and it is not at war with it, how can we, in a war, accept ourselves and our national delegation to impose a mechanism of its departure and be controlled by an arrogant enemy that cannot follow morality or law, “The delegation can face any foolish acts by the Saudi coalition, where it can force the landing of their aircraft, exposing them to humiliation and harassment. The United Nations can not say anything and if it speaks, no one will hear it.”

Abdel Salam: Our experiences are bitter with the United Nations

The head of the national delegation pointed out that several rounds of discussions were held in Sana’a and Muscat with the United Nations prior to the invitation to the last Geneva consultations, in order to deal with the agenda of the consultations / negotiating team/duration/place of consultation/delegation transfer / On this side.

After the completion of the arrangements for the formation of the delegation by the Supreme Political Council, and before being invited to attend the consultations; the United Nations was notified in a meeting in Muscat the importance of providing an Omani aircraft to transport the delegation to avoid the obstacles caused by the Saudi-led aggression, and we also stressed to the United Nations to assume its responsibility in this regard and Early, in order to allow the consultations to take place on time.

He added that “things have been done on this basis and when we have finished various arrangements necessary and informed the United Nations the readiness of the delegation of its transfer to Oman with a number of wounded by virtue of the presence of the aircraft and that the Sultanate is always ready to provide treatment and facilities inside the Sultanate or in another country.

We were surprised that the United Nations was still going through a different protein and that there were great obstacles on the part of the other side.

He said: “At the time, we informed them of our refusal to transfer the delegation from Sana’a on an international plane for several reasons, safety, moral and humanitarian, and explained to them in previous stations that it had a bitter experience with the United Nations itself for failing to protect its flights against the Saudi regime’s disregard of its aircraft route and forcing them to land in their airports.”

He pointed out that the coalition “once worked to delay the envoy to Yemen for several hours at Sana’a airport,” pointing out “the inability of the United Nations to make any guarantees to go and return.”

He pointed to the experience of the first Geneva consultations when the plane prevented the national delegation from crossing the Sudanese airspace, and it only returned after the intervention of the Sultanate of Oman.

Abdul Salam: reopening Sana’a airport is a humanitarian need and the control of the coalition of the ports will not pass without a punishment.

The head of the national delegation said that the suffering of the people is growing; thus, reopening Sanaa airport is a humanitarian priority before any other consideration and we will work to confront the Saudi-led aggression by all possible means,

He noted that the UN experts report recognized the illegality of its closure at all, and the United Nations, as well as the international community, are in a historical test,

And the Yemeni people will not remain idle, and will not accept under any circumstances to remain in a large siege and will respond to the Saudi coalition and its siege.

The spokesman for Ansarullah (Houthi) and the head of the national delegation in the Geneva consultations concluded by saying that “the coalition’s control of Yemen’s land, sea and airports will not pass without a punishment and we know from its savagery that if it could seize air, it will.

This report originally ran on Yamanyoon and was written by Issac Ali.