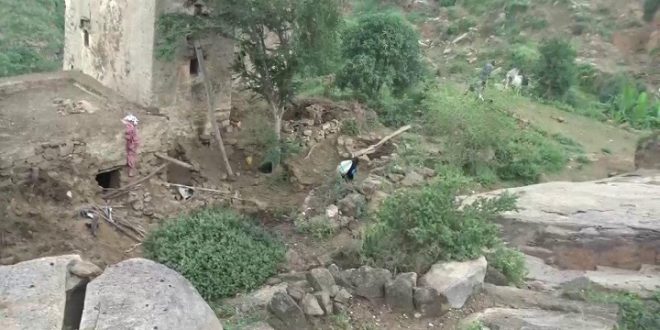 The Saudi-led coalition directly targeted a house of the citizen Ahmad al-Walabi that is based in Bani Thahl area within the bordering district of al-Zaher, Saada Province.

The targeting resulted in the almost total destruction of the house, with the death of various livestock possessed by Ahmed; however, fortunately, Ahmed and his family survived the attack.

Currently, Ahmed and his family have nowhere to go and food to eat because the only way he was making an income is by livestock that the US-Saudi airstrike eliminated.