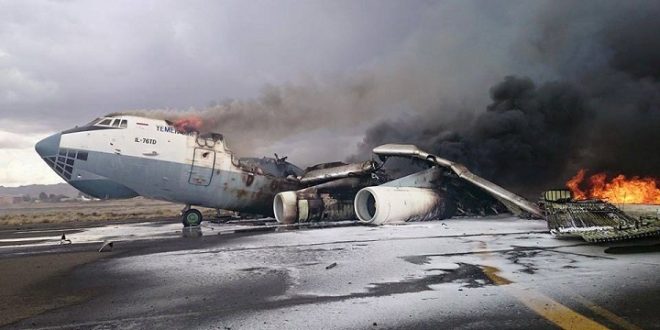 Catastrophic patient death toll in Yemen due to aerial blockade

A spokesman for the Yemeni Ministry of Health, Youssef Al-Hadhri, revealed on Monday the death of 27 thousand patients who needed to travel abroad for treatment since the closure of Sana’a International Airport two years ago.

The spokesman pointed out that there are 200 thousand humanitarian cases of patients and the injured in need of treatment abroad, but the Saudi-led coalition imposed a siege on Sana’a International Airport. Meanwhile, it noted that there are statistics indicating the death of between 25 to 30 people a day as a result of the deterioration of the general health situation as Sana’a International Airport remains closed.

The General Authority for Civil Aviation and Meteorology renewed its demand on the Security Council to issue a decision authorizing an operational Sana’a International Airport for humanitarian and commercial flights and neutralize civil aviation as it serves all the people of the Yemeni people, a right guaranteed by international law.

The General Aviation Authority confirmed that the silence of the international community about the death of thousands of Yemeni patients due to the continued closure of Sana’a International Airport is a disgrace to humanity.

The Saudi-led coalition has imposed a complete closure on land and sea avenues in Yemen for more than two years as well as the military war and the economic blockade imposed on the country since March 2015, causing the worst humanitarian disaster in the world, according to the United Nations.