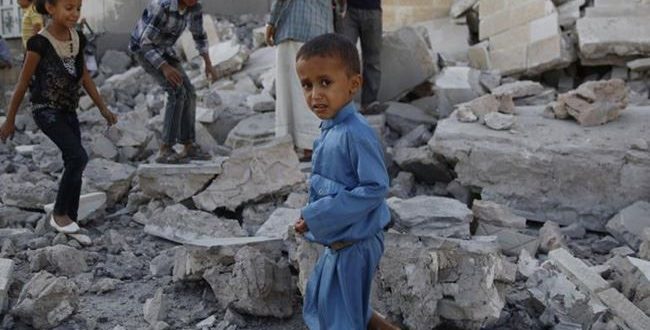 The Saudi-led coalition bombed and raided a number of regions in Yemen, leaving behind killed and injured civilians, in addition to material damage to public and private property.

In Hodeidah, a coastal province located in the west of Yemen, dozens of civilians were killed and injured in a series of crimes committed by the US-backed coalition, where 8 civilians were killed in Kilo 16 area, district of al-Hali. In a second crime, two fishermen were killed, another injured and one went missing as Saudi airstrikes targeted boat of fishermen near al-Swabea Island.

In a third crime, 3 citizens lost their lives and one woman sustained injuries by shrapnel in the abdomen following an air raid on Kilo 16 district in al-Hali district. Additionally, a civilian was killed as a result of an attack on the house of a citizen with 4 raids in the village of Bir Amqamous.

In Saada, northern Yemeni border, a woman and two children were injured, three children and a pregnant woman were also injured and 4 houses were demolished by intense rocket and artillery bombardment of residential villages in Razih district. The Saudi border guards targeted by rocket and artillery fire several areas within al-Zaher, Shada, Razih and Baqim districts, leaving behind damage to houses and farms of civilians.

In addition, the coalition launched two raids on Mahli area located in the district of Nehm, Sana’a province.