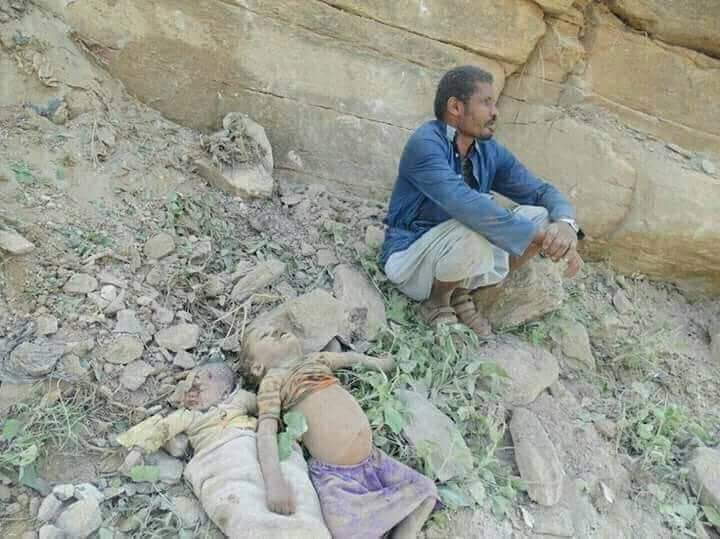 Disturbing images will not stop coming from various areas of Yemen, where not a day passes without the Saudi-led coalition bombarding houses and neighborhoods and creating a melancholic story every day, which are rarely recognized by the international media.

Hassan, a citizen in his thirties, thought weeks ago that his family; a boy, a girl and their mother, were lucky to have survived coalition air raids on their home in Lih Valley in al-Dhaher district, Saada Province, on the border with Saudi Arabia.

Hassan, his wife, his son Nabil and their infant daughter Samoud, decided to flee to Maran area, where they found a house to shelter their small family.

The warplane of the Saudi-led coalition did not miss its target this time, where it struck the family’s house on Thursday in Maran region, resulting in the death of the two only children Hassan and his wife has; Nabil and the infant Samoud who did not stand this time in front of the coalition missiles.

Activists on social media circulated pictures of the tragedy, whereas one of the pictures listed below displays the father hopelessly sitting beside his two killed children.

Hassan sat next to the bodies of his two young children, sadly, and did not know that he had fled his children from danger only to be in imminent danger.