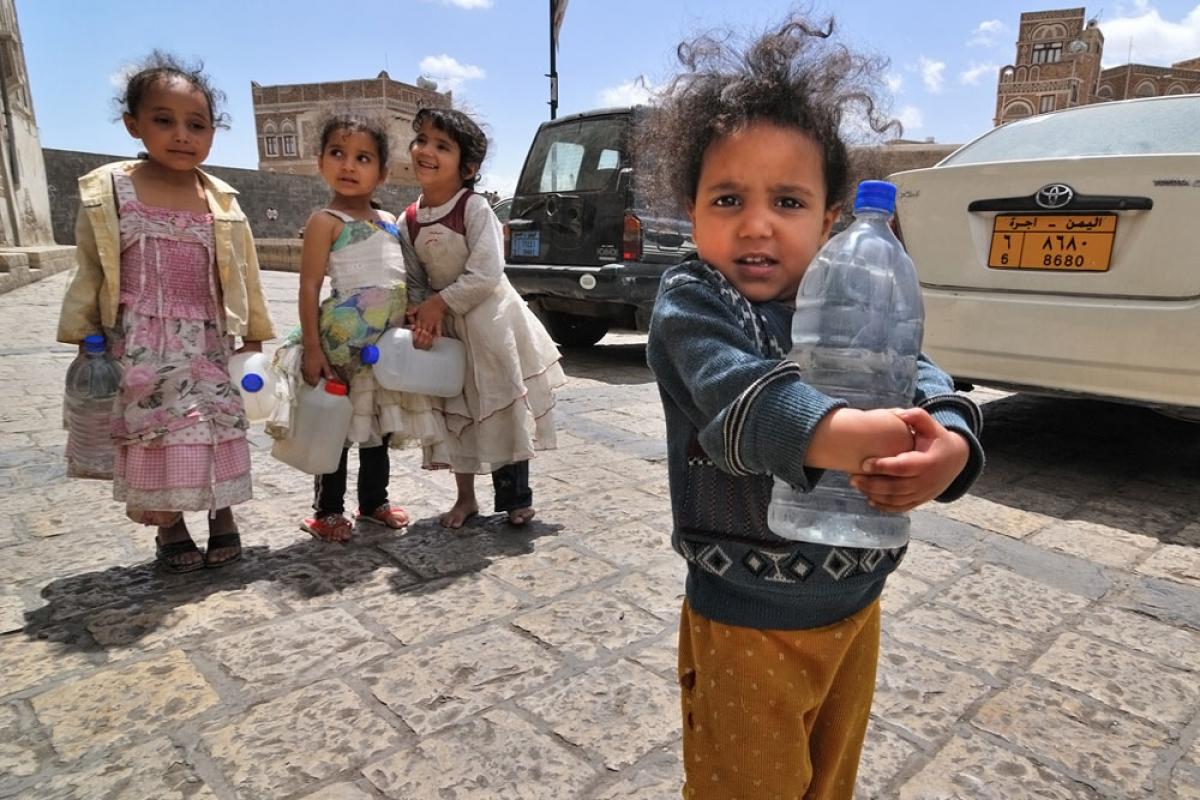 The Associated Press newspaper described the humanitarian situation in Yemen as catastrophic, pointing out that the war initiated by the Saudi-led coalition in Yemen has destroyed the already fragile capacity of a poor country to feed its population.

The US agency said in a report that far away in northern Yemen, many of the families with hungry children have nothing to eat except local foliage called “al-Karma”. Al-Karma is boiled until it becomes a green acid paste. International aid agencies were surprised by the suffering of parents and children there.

“The number of children dying of starvation is increasing this year as few families report the deaths of their children when they die at home,” officials say.

Rising hunger is a sign of gaps in the international aid system, which is being distributed under pressure from local authorities. However, foreign aid is the only thing that stands between the Yemeni people and widespread death because of hunger.

“The conditions in the region may also signal that warnings by humanitarian officials for months have become a reality: that in the face of an endless war, the spread of hunger goes beyond efforts to keep people alive,” the agency said.

In the first six months of this year, Hajjah recorded 17,000 cases of severe acute malnutrition, higher than any year at all, said Waleed al-Shamsan, head of nutrition department at the health ministry in the province.

“Deaths occur in remote villages where people can not access health units,” he said. “It is a steady and frightening deterioration.”

It is noteworthy that in a catastrophic move that will cause a new tragedy for Yemeni civilians, the UAE official newspaper “Al-Bayan” said that there are preparations to start a military operation, which includes sea and land, towards the Yemeni port of Hodeidah during the next two days.

The Associated Press also explained that the expected military operation will be through two axes towards the port of Hodeidah, on land from the western side of the city and sea by launching an attack and a large landing of the naval forces affiliated with the coalition along with the air coverage by the warplanes.

The United Nations World Food Program warned that fighting in Hodeidah between Ansarullah aka Houthis and the Saudi-paid militias could undermine the ability to deliver food shipments to more than 3.5 million people in need of emergency food aid.

A spokesman for the World Food Program said that humanitarian workers and food stores used by the program in Hodeidah have been bombed during the past days as armed clashes intensified.

The United Nations has confirmed that hundreds of thousands of Yemeni civilians are living in fear of fighting in the province of Hodeidah west of the country, in a statement issued Thursday by Lise Grande, UN humanitarian coordinator in Yemen.

“The situation has deteriorated significantly in the past few days in the province of Hodeidah because of the fighting and aerial bombardment, and people are struggling to survive, not to forget that more than 25% of children in the province suffer from malnutrition.”

The statement contained painful details about the situation in Hodeidah, noting that 900,000 people in the province are desperate to get food, while 90,000 pregnant women are at high risk because of the situation there, as well as the need for the population for everything, such as shelter, food, money, healthcare, water sanitation, emergency supplies and specialized support.

Since Wednesday, fighting in the province of Hodeidah has intensified between Saudi/UAE-paid militias deployed by the Saudi-US alliance on one hand and Ansarullah on the other.