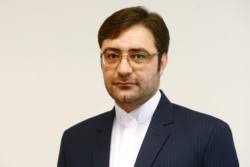 The Last Breath of Al-Saud in Yemen

Today, many global media spoke of Saudi defeat in Yemen. This issue comes as Saudi Arabia continues to kill the Yemeni people. The killing of the Yemeni people is not only not condemned by the United States and its European allies (especially Britain and France), but we are witnessing the continuation of this trend.

Undoubtedly, one of the main losers of the Yemeni war was the United Nations. At present, the crimes of Saudi and Emirati authorities in Yemen are rising day by day. Despite the brutal killing of tens of thousands of Yemeni people by Riyadh, the United Nations still refuses to condemn the Saudis.

It even refuses to introduce these crimes as a war crime (which deserve punishment). The world public opinion, and especially people of the region, are angry about the continuation of this war, strongly against the reverse role played by the United Nations in the Yemeni war, and the direct support of the permanent members of the Security Council (U.S., Britain and France). Since the start of the Yemeni war, people have been tens of thousands have been killed or injured.

According to UN data in Yemen, about 8.4 million people are at risk of hunger, and there have been many victims of cholera in the country. But Saudi Arabia and its allies continue their bloodshed, and bombard the country’s defenseless people. The main question, however, is that despite knowing the terrible conditions of the Yemeni people, why does the UN avoid confronting Saudi Arabia’s crimes?!

Saudi Arabia and the United Arab Emirates, as the two countries that invaded the Yemeni people, have a bad time! Riyadh and Abu Dhabi have both failed in the Yemeni war and in the future they will also become big detainees.

Analysts at international affairs acknowledge that the Al Saud family and its entourage have no chance of winning Yemen, and they must formally declare their defeat in this war soon and officially.

The UK-based newspaper, The Times, had published an article written by Michael Burleigh arguing that the Saudi controversial Crown Prince Mohammed bin Salman has only few days left in power.

Burleigh started his article saying: “Hopes that the Saudi Crown Prince Mohammed bin Salman would be a reformer who could heal the region have come to nothing.”

In the article, the writer went to highlight how western media had widely-reported the prince’s world tour last March drawing a picture of him as the Saudi strongman who is working for political and economic reforms.

However, several doubts have been raised as a result of recent decisions taken by his father, King Salman. Meanwhile, the Crown Prince’s war on Yemen and the huge amount of money it is draining, in addition to the cold war he launched against Qatar, show clear signs of failure. The article created massive reactions in the Arab world. Many Saudis rushed into defending their 32-year-old Crown Prince.

The United Nations, too, with its silence against the brutal killings of the Yemeni people, once again revealed its lack of credibility to the world’s public opinion. It has been three years now that the defenseless people of Yemen are living under the aggression of al Saud and its allies.

These three years of Saudi aggression led to Riyadh’s heavy defeat, the death of a large number of aggressive forces and, most importantly, the survival of the Yemeni revolution. Sanaa and Aden and Ma’rib have become the symbols of the defeat of Al Saud in Yemen.